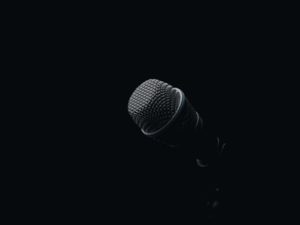 Christians in America have an increasing exposure to and awareness of a variety of believers who claim to be teachers and preachers of God’s Word. But this increased exposure has not always led to more skillful discernment and interaction with these teachers (as an example, consider the recent kerfuffle surrounding John MacArthur and Beth Moore).

Towards the beginning of his letter to the Philippians, Paul discussed two groups of people who were publicly proclaiming Christ and his view of them. Paul wanted the believers there to know that his imprisonment had actually led to the advance of the gospel rather than its hindrance. First, it was advancing among the imperial guard, and second, it was advancing through the work of believers in Rome who were more boldly proclaiming Christ.

Yet Paul noted a distinction between the two kinds of people who were proclaiming Christ. This passage has posed a challenge for many in considering who the two groups were, what they were preaching, and how to understand Paul’s response.

We need to note that he describes both groups as being brothers (1:14) and both are proclaiming a true message about Jesus Christ (Paul describes them as preaching/proclaiming Christ in verses 15, 17, and 18). Thus, these were believers who were at a minimum getting the gospel right.

What was the problem? Their motivation. While some were proclaiming Christ out of love for Paul, others were proclaiming Christ from “envy,” “rivalry,” and “selfish ambition” with the intention of afflicting Paul in his imprisonment. How does Paul respond? Amazingly, Paul responds by rejoicing. Those who were intending to make life harder for Paul actually increased his joy.

I think his response to his situation offers three principles to help us interact with those proclaiming Christ today.

The message matters more than the messenger

Our culture of celebrity pastors and teachers often causes us to focus on personalities and delivery more than on content. We are more inclined to believe something or reject something based on who is saying it rather than what is being said. Paul recognized that the message was central. Certainly, the messenger was not irrelevant (more on that in a moment) but the messenger, or at a minimum the messenger’s motives and intentions, did not erase the truth of what was being said. How could Paul rejoice when people were acting in this way? Because he loved the message, even if he did not approve of the messenger.

While the specific message here was the gospel of Jesus, I think our application could be broadened out to any biblical truth. Before we focus on who is saying something, why they are saying it, or how they are saying it, we need to consider what they are saying. Is it true or not? While other issues may matter, the truth of what is said matters most.

We live in a society in which individuals can discuss being a “brand” without immediately being mocked or dismissed. Unfortunately, this same mindset is found among professing believers. People work on being noticed, often focused primarily on what will get followers, likes, or clicks. This was the mindset of those who were opposed to Paul. For many Christian leaders today, “selfish ambition” is a major part of what really drives them.

Paul could have been concerned about his “brand.” It is difficult to know exactly how some were hoping “to afflict” Paul through the proclamation of the gospel. Perhaps they were hoping to cause Paul anguish by highlighting his imprisonment and their freedom. Maybe they wanted to smear Paul’s name and ministry and lessen his influence over the church at Rome. They may have even wanted to cause greater physical harm or suffering for Paul in his imprisonment. Whatever it was, they were mostly concerned about themselves and Paul. But Paul was mostly concerned about Christ.

Though Paul ultimately rejoices that Christ is preached, that does not keep him from using strong language to criticize some of those who are doing the preaching. Elsewhere, Paul uses “envy” and “rivalry” to describe those whom God has given over to a debased mind (Romans 1:28-29). He describes those attitudes as the works of the flesh (Gal 5:20-21). They are characteristic of sinful people (Titus 3:3, 9-11) and false teachers (1 Tim 6:3-4). A little later in the letter (2:3), he will mention “selfish ambition” as being the opposite of a Christ-like mindset. Yes, Paul rejoiced that these people were proclaiming Christ, but Paul also shared his disapproval of their mindset with forceful wording.

While many in our day need to be reminded of the unity and love we should have for fellow Christians, others need the reminder that love (both for an individual and for those they influence) sometimes includes strong denunciation of a person’s attitudes and actions. Getting the gospel right does not mean a teacher should be immune from harsh criticism from other believers if they are not getting other important things right in their ministry.

We can rejoice that the gospel is being proclaimed while in the same breath we can lament how it is being done. And we can and must do both because of our concern for the glory of Christ.