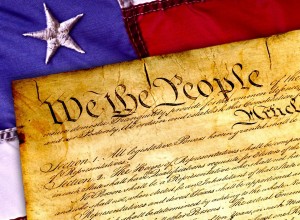 The use of the term literal in dispensational hermeneutics has had a rocky history. Even if we can get past the snickering claims of critics that literalism disallows figurative language (which no advocate of literalism has ever affirmed), the term is still not without its tensions. No less eminent a linguist than E. D. Hirsch, to whom many dispensational interpreters appeal, was uneasy with the implications of literalism, detecting in it a heavy dose of “linguistic determinism” (i.e., the concept that words alone can establish—and consequently delimit—the whole meaning of any bit of writing), an understanding that  Hirsch rejected.

Hirsch’s concern is one to which dispensationalists need to pay mind. There is much to be said for the need to expand our quest for meaning beyond mere words to include the historical context and theological presuppositions/framework of the writers. To fixate too narrowly on the words is often to miss the forest for the trees, theologically speaking. And for dispensationalists who live in perpetual suspicion of “theological systems,” this threat is a real one.

Thankfully, not all who employ literal interpretation suffer from the disease of linguistic determinism. But to escape the criticism, they usually find themselves obliged to qualify the term literal, usually with synonyms such as “normal/ordinary” (terms that strike me as rather prejudicial) or “grammatical/historical/theological” (terms that are, prima facie, unobjectionable, but terms that enjoy such broad acceptance in the hermeneutical marketplace as to be unhelpful in establishing the dispensational hermeneutical niche).

Thankfully, American jurisprudence has in the last few decades produced for us a term that captures the dispensationalist concern rather well, viz., originalism. The term is not without its weaknesses, but I think the term more carefully nuances the discussion than does the older term literalism, and I have started to integrate this term into my own thoughts (and class notes). For a fascinating window into some of the ongoing debate on originalist hermeneutics in the legal sphere see this sympathetic article and this more critical, but also more comprehensive one. Reading these essays with an eye to the biblical debate will prove a fascinating exercise.