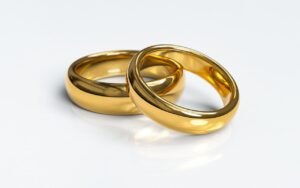 The tendency among young men and women to delay marriage (or even to abandon it entirely) in contemporary Western society has given birth to a curiously parallel increase of interest in Paul’s passing comment in 1 Corinthians 7:6–9 about his own marital state and implication that there is a “gift of singleness” to be had and even sought in the modern church. Note the full pericope in question:

Now for the matters you wrote about: “It is good for a man not to have sexual relations with a woman.” 2But since sexual immorality is occurring, each man should have sexual relations with his own wife, and each woman with her own husband. 3The husband should fulfill his marital duty to his wife, and likewise the wife to her husband. 4The wife does not have authority over her own body but yields it to her husband. In the same way, the husband does not have authority over his own body but yields it to his wife. 5Do not deprive each other except perhaps by mutual consent and for a time, so that you may devote yourselves to prayer. Then come together again so that Satan will not tempt you because of your lack of self-control. 6I say this as a concession, not as a command. 7I wish that all of you were as I am. But each of you has your own gift from God; one has this gift, another has that.

8Now to the unmarried and the widows I say: It is good for them to stay unmarried, as I do. 9But if they cannot control themselves, they should marry, for it is better to marry than to burn with passion.

Paul offers very little commentary on his own statements, and peppers them with odd concessions that are uncharacteristic of the ordinarily straightforward Apostle. And since this passage has few parallels in the NT, the witness of the analogia scriptura is limited. All this means that these verses are difficult to interpret. Not surprisingly, there are several options about the “gift” Paul mentions in verse 7. Among a litany of options, three stand out:

The simple lack of data makes the decision a difficult one, but a careful look at Paul’s context and words offer more light than might be seen at first blush. Note the following:

The General Context: Paul is writing to a group of believers experiencing several forms of marital dysfunction who have approached Paul with questions. Some are faithfully married and concerned about sinning by having sex with their own spouses. Others had apparently been abandoned by their spouses when they embraced Christ. Some were apparently widowed. Others may never have married at all.

Paul’s lead statement in v. 1 has been debated for centuries—on two accounts: the meaning of the statement and the speaker. Does the statement mean that (1) Christian men and women should literally not touch each other (KJV/NASB)? Does it mean that (2) it is good for Christian men and women not to marry (NIV84), often with the corresponding idea that singleness is an equal option or even a superior option to marriage? Does it mean that (3) Christian men and women should never engage in any sexual activity and pursue celibacy as a more spiritual path (ESV, NIV2011, CSV)? And secondly, is this statement Paul’s own statement or is he summarizing for his readers the “matter they wrote about”? These decisions are crucial to our discussion, and the lack of unanimity here will lead to lack of unanimity later.

While reading verse 1 as a prohibition of all physical contact between men and women (option 1) has been a popular one within select purity codes, it proves too much (one must beg the question by inserting the qualifier “before marriage”); further, most have recognized the clause as idiomatic. The question thus migrates to the meaning of the idiom. The NIV84 reading that “it is good for a man not to marry” (option 2) has been thoroughly repudiated by Gordon Fee, and has been almost universally abandoned. This leaves option 3, that it is good for men and women—even married men and women—not to have sexual relations. The suggestion here is that celibacy sets the abstaining believer apart as more than usually spiritual (a Platonic idea adopted by many monastics/ascetics or those who pursue the priesthood within the Romanist model).

The lack of any qualifier (e.g., “couples should not have sexual relation before marriage”) and the content of vv. 2–7 suggest overwhelmingly that the statement is not Paul’s own, but rather his summary of “the matter that [the Corinthians] wrote about,” which he then proceeds to address. There is nothing here in verse 1 that promotes singleness.

A Summary of Verses 2–7: Paul deals in vv. 2–7, then, with the question of sexual abstinence. Because of sexual immorality, he begins, marriage should be the norm among Christian adults (v. 2). Further, once married, there is to be no “withholding” of sexual activity. He concedes that there is an obscure sort of sexual “fasting” that can be appropriate, but cautions that this fasting must be a mutual and temporary decision for the purpose of concentrated attention to spiritual disciplines. He doubles down on the temporary nature of this sexual fasting in verses 5–7, noting that sexual desire tends to increase in an extended period of abstinence. It is here that Paul makes two curious statements:

If he is saying that being single/celibate is a state for which all people should long, then he is arguing not only the legitimacy of singleness, but its superiority to being married (a demographic with which Paul shows a bit of annoyance). The “gift of singleness” (held by all who remain single) is a mark of spiritual distinction. As such, Paul not only grants credibility to singleness, he actually encourages the contemporary platonic trend of delaying and eschewing marriage.

If, however, the reference is to the suppression of sexual desire, then Paul is not extending the “gift” to all single people, but only to a small subset of single people. To be sure, he is not saying that the balance of unmarried people are wicked for being single, but since they have sexual desires, they should actively pursue marriage in order to mitigate their susceptibility to sexual temptation.

The Commentary from Verses 8–9: The latter understanding is established for us in the succeeding verses. First, we discover that being “as Paul is” almost certainly refers to more than mere singleness. The preponderance of modern commentators (though not all), again following Fee, suggest that Paul’s language points to the widowed state: he is not merely “unmarried” but rather “demarried.” This understanding is strengthened by its pairing with the term widow (we would expect the word virgin if he were referencing woman who had never been married). We know little about Paul’s biography, but ever since Jeremias’s landmark article on the topic in 1926, most have conceded that, as a rabbi, Paul had been married and later had lost his wife. As such, to be “as Paul is” is specifically to be a late-middle-aged man (likely in his mid-50s), who had previously married and perhaps had even raised a family. Now a widower, Paul feels no compulsion to remarry, and quite possibly has “aged into” his gift of sexual continence rather than having received it by extraordinary means at an early age. This observation tempers the options raised above.

Paul continues by observing, second, that some widowers are not “as he is” for one reason or another. Perhaps they are younger men, have not had the satisfaction of raising children, or simply remain quite virile. In any case, though temporarily “demarried,” they do not have Paul’s “gift,” and should seek to remarry rather than burn with unfulfilled sexual desire. Paul’s gift of singleness, it would seem, is not shared by all single people.

That Paul speaks of his state as a “gift,” too, may not point necessarily to a “gift” that is on par with other “spiritual gifts” (e.g., pastor, teacher, administrator—all of which manifest in skill sets, not in life situations). Instead, Paul seems to be directing attention to the divinely appointed state or lot in which he finds himself. IOW, it’s not so much that being continent brings a peculiar talent or skill to the service of the church, but that being continent is part of what the Puritans might have described as part of his “calling”—the providentially-orchestrated Sitz im Leben or set of life circumstances that Paul was to embrace contentedly as God’s appointed situation in which to ply one’s gifts in the service of the Church.

Conclusions: The foregoing suggests that the use of 1 Corinthians 7:1–9 in the defense of a general “gift of singleness” is not well founded. There is no broad encouragement here for young men and women who are virgins of marriable age to claim the diagnosis of the “gift of singleness” and remain indefinitely in this state. Very often, such a diagnosis is ill-advised, (1) inadvertently facilitating and justifying the very sorts of irresponsibility and promiscuity that marriage was designed (in part) to correct, and even adding a Christian imprimatur to the general decline of the family in contemporary society. In other cases, diagnosing the “gift of singleness” may (2) lead to a kind of spiritual superiority among singles and a pious disdain for those who “cannot contain,” that is, those who cannot maintain free and platonic relationships with everyone in church and society. Finally, the diagnosis of a “gift of singleness” may (3) prove a topical salve for feelings of pain/shame that should be more thoroughly addressed.

It is, of course, a sad reality in every age that some who earnestly desire to be married are prevented from doing so through no fault of their own—physical malady, the death of a spouse, simple disinterest in marriage among prospective mates, or even (as in Paul’s day) persecution and slavery. It is cruel, I think, to blame such individuals for their own plight or to deny them a place (formal or otherwise) in the life of the church. There are select occasions for encouraging young women and especially young men to pursue marriage more actively, but assigning blame for failure to marry seems extraordinarily presumptive and unkind. However, by virtue of their earnest desire for marriage, it seems untenable to speak of such persons as having Paul’s “gift” as it is here described.

Still, all single persons may take heart in knowing that the totality of their life circumstances are not a mistake on God’s part, but a divinely orchestrated “gift” of sorts, and may thusly be embraced with contentment no matter what those circumstances might be (Phil 4:11–12). This general notion of a “gift” is one that gives hope and moral direction, and is one that may be firmly endorsed. But making this concession is not an endorsement of the categorical idea of a “gift of singleness” broadly possessed in the modern church.