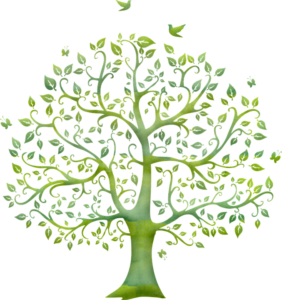 Having suggested in my previous post that there was nothing magical or supernatural about the tree of the knowledge of good and evil, we turn now to the other tree: the tree of life. Was this tree of a character fundamentally different from the first tree? Let us explore the data.

The text says relatively little about the second tree, only that it was “in the middle of the garden” together with the tree of the knowledge of good and evil (2:9). Some suggest that Adam and Eve were not aware of its identity and never “found” it, thus missing their chance to achieve immortal perfection, or that they were barred from this tree until God invited them to eat from it. Standing against these possibilities are the facts that the tree stood prominently in the middle of the garden and that God freely invited Adam to eat from every tree other than the tree of the knowledge of good and evil. No tree would have been more appealing to them, and since they were explicitly permitted to eat from it, they likely did. If this act of eating occurred, however, it apparently had no permanent effect on them.

The LORD God said, “The man has now become like one of us, knowing good and evil. He must not be allowed to reach out his hand and take also from the tree of life and eat, and live forever.” So the LORD God banished him from the Garden of Eden to work the ground from which he had been taken. After he drove the man out, he placed on the east side of the Garden of Eden cherubim and a flaming sword flashing back and forth to guard the way to the tree of life.

The concern stated is that Adam or Eve might eat from the tree of life after becoming “as God” and “live forever.” A suggestion commendable for its simplicity is that eating the fruit would permanently fix Adam in perpetual breach of the Creator/creature distinction, and without hope of recovery. This is not all said exactly, but is a plausible extrapolation. This explanation also fits the other two clear biblical reference to the tree of life in Revelation 2 and 22 (I am excepting the four references in Proverbs to “a” tree of life that may have some analogous value for our discussion, but not directly so). In Revelation 2:7, God grants access to the tree of life, transplanted in the “paradise of God,” to “overcomers” who persevere in their faith. In Revelation 22:2, 14, access to the tree (now sporting fantastic proportions) is expanded to all the residents of the New Jerusalem, and its leaves will be for the healing of the nations.

Two oddities in the Revelation 22 account, however, may point to another explanation. First, the fact that its leaves are effective for the nations suggests that personal consumption of the fruit alone is not the operative source of the tree’s effects. Instead, the healing wrought by the tree is communal (with the leaves emblematic of peace/protection or instrumental in supplying mutual shade). Second, the fact that the leaves are for the “healing of the nations” suggests something more than eternal life. Instead it speaks to the sustained relational health of the whole people of God, much like the “wiping of tears” speaks to the sustained joy of each individual in the eternal order (21:4). As such, there seems to be a more emblematic function to this tree, rather than an intrinsic one sourced in its fruit proper.

We might compare it to the Lord’s Table, in which the communal acts of gathering and sharing communicate grace—not through the physical nourishment supplied by the bread and wine (for what grace has ever been so imbibed?), but through the act of sharing it within the community of faith. Further (and at the risk of stretching the analogy much too far), the Church must fiercely guard the way to the Table lest what is designed as a communal celebration of the shared life of God be transformed into an instrument of death (1 Cor 11:30).If this understanding holds, then the tree of life is no more a “magical tree” than the tree of the knowledge of good and evil. It is not the fruit that results intrinsically in the life associated with the former not in the death associated with the latter. Instead, both trees are ordinary trees with judicially assigned functions emblematic of flourishing and dying, respectively.

David Elie
Commented On 13 Aug 2022
I do know a good many people that consider themselves “reformed” based solely on the d...