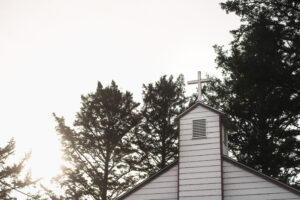 David Platt gave a talk yesterday at the T4G conference that was an excellent challenge for all Christians to be more committed to pursuing disciples of Christ among all nations. He especially urged believers to do more to see the gospel go to unreached areas/peoples. It was a biblical, stirring challenge, and one to which I largely want to add my “amen.”

But I believe something was missing from his message, and that missing element is vital to understand the work of missions. It is also helpful in evaluating part of his closing appeal (where I think he may have gotten off-track). That missing element was church planting.

To be clear, I assume Platt is in favor of church planting, and would probably agree with much of what I’m about to say. But he did not mention it in his talk yesterday, which I think could lead to some wrong conclusions about the accomplishment of the Great Commission.

Platt rightly started by emphasizing God’s desire to be exalted/worshipped by disciples among all nations, and therefore our desire to see that accomplished as well. And he noted that the Great Commission was how we would see disciples made from all the nations. He then argued that most churches think their job is simply to see a lot of disciples made, not specifically to make disciples from all nations. There is a geographical element to accomplishing the Great Commission, and Platt was right to emphasize it.

To help demonstrate the need to take the gospel where there are not disciples, he discussed Paul’s purpose in writing the book of Romans.

“That from Jerusalem and all the way around to Illyricum I have fulfilled the ministry of the gospel of Christ; and thus I make it my ambition to preach the gospel, not where Christ has already been named, lest I build on someone else’s foundation….But now, since I no longer have any room for work in these regions, and since I have longed for many years to come to you, I hope to see you in passing as I go to Spain, and to be helped on my journey there by you, once I have enjoyed your company for a while. ” (Rom 15:19b–20, 23 – 24)

How could Paul’s ministry be fulfilled from from Jerusalem to Illyricum? What does he mean when he says he has no room to work in those regions? There were still many people in that area who were not believers, and probably many who had still never heard the gospel. So in what sense was Paul’s ministry fulfilled? Platt seemed to argue that these were no longer “unreached” regions because there were Christians there who could share the gospel with the unbelievers who remained.

But when Paul went on his missionary journeys, he did not simply see converts and then move on—he established churches (e.g., Acts 14:21–23). The reason these areas were no longer “unreached” in Paul’s mind is because there were churches established in strategic locations that would continue the work of the Great Commission in these areas (potentially including planting new churches in their surrounding region).

The way that disciples of Christ—worshipers of God—will be made in all the nations is through the planting of indigenous, reproducing local churches. How will the “unreached” parts of this world become “reached”? Through the establishment of local churches that can continue the work of making disciples in that region.

And since the goal of missions is not merely unattached disciples of Christ but new congregations, I think Platt’s final appeal missed the mark. He urged people to come together for the gospel for the sake of those without the gospel. To drive home this point, he pictured men like Al Mohler, Mark Dever, John MacArthur, and Thabiti Anyabwile standing “together for the gospel” by linking hands and looking at each other in a circle—an image that I believe was intended to represent the kind of fellowship that conferences like T4G originally envisioned: brothers in Christ who may disagree about secondary issues still enjoying fellowship because they affirm the gospel. But, Platt argued, by focusing on each other they could start to focus on the areas where they disagreed and therefore drop their hands (and no longer fellowship like they once did). Platt urged instead for men like this to link arms facing outward—coming together for the gospel for the sake of those without the gospel.

But is a shared belief in the gospel a sufficient foundation for believers to partner together to see the gospel go to unreached places? If you listened to our recent podcast on theological triage, you know that a common way to think about the importance of different doctrines is to note that some doctrines are first order or primary matters—fundamentals/essentials of the faith. No one who denies these truths can truly come together for the gospel. But there are 2nd order doctrines that inevitably divide believers, and the matters of ecclesiology (order and practices of the church) tend to fall in this category. Thus, the organizers of T4G have regularly noted that they could not plant churches together but they can still rejoice in the truths of the gospel together.

So, can people who attend T4G simply switch their focus from each other out to the lost, and on that basis of their shared commitment to the gospel work to reach the unreached areas of the world? No, since church planting is necessary to reach the unreached areas and those who have come together for the gospel cannot necessarily come together for church planting.

None of this should undermine Platt’s call for Christians (and churches) to raise their commitment to seeing the gospel go to unreached areas of the world. But this work will not be accomplished through mere fellowship in the gospel or the making of generic disciples of Christ. It can only be accomplished through local churches. We must come together for church planting, to see the church’s mission accomplished by forming indigenous, reproducing, healthy, biblical local churches in all nations.