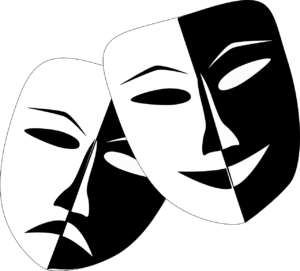 That may seem like an odd title, but it captures a leadership principle that is important. I hope it is obvious that Pharisees make for terrible spiritual leaders since their core belief system is contrary to the gospel. People who trust in their own righteousness make disciples who are captured by works righteousness (cf. Matt 23:15).

My concern is related to this core problem but in a derivative way. Jesus identified two Pharisaical problems that led to their failure to embrace Him that also have severe negative effects on leadership. The Lord called into question their judgment and their longing for human approval more than divine approval.

“Do not judge by appearances, but judge with right judgment” (John 7:24). It seems clear from the context that Jesus was criticizing their tendency to make judgments based on how things looked rather than what they really were. This fit into their sinful prioritization of how they looked outwardly over how they were inwardly.

People who live to be seen by others as righteous are obsessed with the appearance of things. Good leaders, however, are concerned about the true nature of things rather than merely how things look. Sometimes doing the right thing might raise questions about what is happening—like when Jesus went to dinner at Matthew’s house with a motley crew. Convictional leaders do the right thing because it is the right thing and are willing to take some hits for it. It may not look good to a certain crowd or in the short run, but the “right judgment” will be clear as time and truth march forward.

God’s Word also warns about the danger of loving human approval too much—“for they loved the glory that comes from man more than the glory that comes from God” (John 12:43). Our sinful hearts are prone to put far too much value in the acceptance of other people, especially those we deem important and influential. We crave standing among those kinds of people. A leader who places a higher value on his standing among influential people than on acting faithfully regarding what he believes God wants is truly not a leader at all. He is really a follower—taking the cue of power brokers, yielding to the pressure of powerful peers.

I’ve been around long enough to have been a sad witness to this kind of leadership more than I expected. I started off in ministry from an idealistic place. The men I knew personally were principled men, driven by biblical conviction and not at all inclined to read which way the wind was blowing. They did what they thought was right even when other Fundamentalists were critical or called into question their commitments. I naively thought that’s the way it was supposed to be done and was being done.

Sadly, it didn’t take long to realize that a whole lot of leaders were more concerned about how things looked than what they really were. Although it completely misses the point of the verse, they made a law of looking good out of “Abstain from all appearance of evil” (1 Ths 5:22, KJV). Practically, it turns into a style of life and leadership that judges by appearance rather than right judgment. If someone might think badly or get a bad impression, we must avoid that at all costs. This kind of leadership is easily manipulated by people who know how to play the appearance game.

Likewise, it was terribly disappointing to see too many leaders toe lines that had nothing to do with Scripture but kept them in good standing with some approved group or some cluster of men whose approval they wanted. Instead of doing what they knew was best for their congregations (or ministries), they would bow to the opinions of men who were not responsible or accountable to the Lord for their flock. What a terrible, short-sighted deal—trade the health of your congregation and the approval of the Chief Shepherd to keep the approval of men. I am grateful to know many, many men who have, by God’s grace avoided these leadership pitfalls. I wish there were more. Given the challenges we will face living out God’s truth in a changing and challenging culture, we’re going to need convictional, courageous leaders. Leaders who are focused on what is right more than how things look and whose approval, other than God’s, might be lost or won. May God be pleased to raise them up and multiply their number!