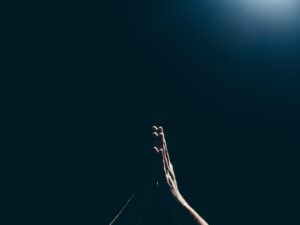 A few weeks ago Doug Wilson outlined a solution to the “problem of prayer” in the face of divine sovereignty by championing the idea of special providence. Wilson is not, of course, the first to express this idea, but he does so uniquely and well, and is deserving of a response.

Simply explained, since God is absolutely sovereign, he has necessarily planned all things from the creation of the world, and in his impassible providence directs every detail of his universe to its appointed end. There is no “openness” with God: no uncertainty, no change, no surprises. Every seeming contingency in God’s universe is apparent only. God has planned everything, Wilson stresses, “down the least squirming of the smallest quark,” and because this is so, we must conclude that “If it happened, then God did it.” So far so good.

A “problem” sometimes associated with this approach, Wilson suggests, is that it can discourage prayer. If in our theology of providence we forbid God to do miracles, then all of our prayers are offered and answered with an efficiency so bound up in secondary causation that we never know for sure whether or not God has really answered them. Maybe my wife’s recovery from cancer a few years back was simply a matter of statistical probability. Maybe my prayers did nothing—who’s to know?

Wilson suggests that this “problem” may be alleviated by seeing miracles as occasional features of divine providence. Wilson calls himself a cessationist, but limits his understanding of this idea to the cessation of the gift of miracles and the absence of ongoing revelation for the church. But God still intervenes immediately in his universe, Wilson suggests, by temporarily suspending the laws of nature and effecting changes in response to prayer. Such miracles are not properly designated ordinary providence (which involves strictly secondary or “natural” causation), but neither are they exactly like biblical miracles in every respect. (Biblical miracles occasionally functioned as simple answers to prayer, but usually had a broader purpose, viz., to attest to the legitimacy of a divinely appointed messenger and his message.) For this reason, Wilson offers us a tertium quid to categorize these miraculous, modern-day answers to prayer: special providence.

Wilson recognizes that when biblical miracles occurred, they were spectacular, public, and undeniable (so Acts 4:16)—their purpose in attesting God’s messengers/messages could not be served by anything less. The Bible knows nothing of secret miracles that can be explained away by causes other than the divine. In keeping with this pattern, Wilson suggests that acts of special providence today are similar: they can be recognized by their specificity—by circumstances so complex and improbable that they defy all appeals to mere natural causation. Wilson offers the example of a couple who prays for $67.15 to meet a pressing need and an aunt who, unaware of that need, sends them a check for exactly that amount. This answer to prayer, Wilson opines, is too specific to be an act of ordinary providence—it must be an act of special providence. Now, to be sure, Wilson does not allow that God “told” the aunt to give the couple $67.15 (that would violate Wilson’s cessationist principles); rather she “felt pressed in her spirit” to send out the $67.15. But God did something immediate in answer to this prayer: he bypassed the secondary causes by which ordinary providence operates and acted immediately upon the “spirit” of the charitable aunt.

What shall we say to this hypothesis?