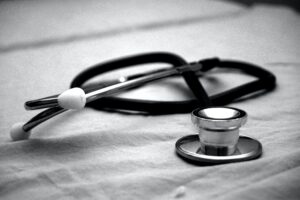 In my last blog post I addressed the irrational distrust that is increasingly plaguing religious and political conservatives. Specifically, I suggested that we ask of our theories about, say, mask mandates, social distancing, and vaccines, “Why would all these people be doing what I have convinced myself that they’re doing?” Specifically, For what logical reason would the whole medical community enter into league with the political establishment to sabotage the freedoms, economic stability, and health of the American people generally and Christians specifically? And if the only answer I can muster is, “It’s a conspiracy that I will eventually be able to prove,” then I probably need to do some rethinking, or at a very minimum, collect some more evidence. In the meantime, maybe (just maybe) I should give some credence to the possibility that they really do have my best interests in view!

It is true, of course, that there are insidious people in the world that are intent on hurting Americans and Christians. It is also true that the medical establishment and government have an uneven record of successfully acting in the best interests of their communities–they make many mistakes. But the idea that they would secretly enter into league with one another in order to destroy their communities is unlikely—and we certainly should not make such a hypothesis without abundant proof.

This brings me to another question of discernment, viz., the question of falsifiability, or, “What would it take to change my mind?”

Conservative Christians are not the only people, of course, who do this. Critical Race Theory is notorious for assuming its own conclusions in a way that makes them unfalsifiable. Evolutionary theory does the same. But more and more this problem is being mainstreamed in conservative life as well. We need to come to grips with the question of falsifiability.

Since the question of falsifiability has cross-disciplinary value, it is a question that we should ask not only of our theological opinions, but also our political and medical and economic opinions: “What would have to happen to convince me to set aside my theories and accept/adhere to public laws, policies, and programs (whether they concern masks or vaccines or the election or whatever)?” Because if I start treating all of my theories as unfalsifiable (dare I say presuppositional), I assign to myself a sovereignty that is not legitimately mine to wield.

And that, I believe, is the heart of the problem. Our pride renders us incapable of engaging in self-criticism, of accepting constructive criticism and evidences, and of admitting our mistakes once they are exposed. In time, we convince ourselves of our own errors, demonize those who disagree, and become willing to lay aside not only the rule of Law and civic responsibility, but also the Law of God and ecclesiastical responsibility in order to preserve personal sovereignty. We cannot let that happen.