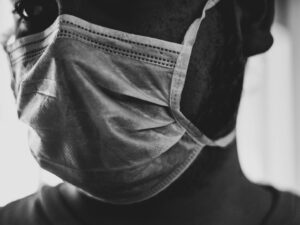 It has been over 8 months since the initial major responses to the COVID-19 pandemic in the U.S. Various local, state, and federal leaders and agencies have pursued a variety of responses and adopted a range of policies. Personally, I am thankful I was not responsible for these difficult decisions. While I have my opinions of whether a variety of decisions were wise and good or foolish and harmful, I do not envy those who bear the responsibility for those choices.

However, I do think there is value in considering some principles of leadership that were often ignored by the ones responsible for those decisions but are important to remember for all those who lead (church, family, Christian ministry, etc.)

There are times when it is difficult or practically impossible to go into all the reasons for a decision. Perhaps important information needs to be kept private, or the reasoning is complex and difficult to follow. In those situations, you will need to ask those following you to trust you. If you have demonstrated a pattern of good decision-making, people will be more likely to trust you even if they do not understand your rationale. But, as a general rule, you will get better buy-in and commitment if people are acting out of personal conviction rather than blind loyalty. If your decision is really a good one, you should be able to provide adequate evidence and arguments for it. Effective leaders are skilled at explaining and motivating, not just commanding and ordering.

Examples: Adjusting the worship philosophy without taking adequate time to ground the moves in biblical teaching. Instituting a ban on something in your home without telling your children why.

2. Remember you have a limited amount of leadership capital, so spend it carefully.

When you are leading, you are asking people to devote their resources (time, effort, money, etc.) to accomplish something for your agenda when they could be using their resources for something else. When you continually ask for more, constantly change the goal or the requirements, focus on inconsequential issues, or push for things with a poor cost-to-benefit ratio, people will become frustrated with your leadership and no longer consider your causes worthy of their investment. No leader is perfect, and every leader has pushed causes and policies that end up not working out. But effective leaders have more wins than losses because they remember they are asking for a sacrifice from those below them and want to do their best to ensure the sacrifice is worth it.

Examples: Scheduling multiple events you expect everyone to come to without any regard to other responsibilities they may have. Pumping up the start of a new ministry without working to create the means to ensure its sustainability.

Few things are more important for leadership than trust, and few things are more quickly lost and less easily recovered. Be honest. Do not make up an answer if you do not have it. Do not pretend you have greater information or certainty than you do. Do not state you have something in place or are working on something if that is not true. In the short-term you may be able to save face or get people to change their behavior by lying to them, but you will lose your credibility and your ability to lead in the future.

Examples: Preaching sermons that are not your own. Telling your children you will do something you do not intend to do just so they will stop asking about it.

4. Don’t create rules and policies you do not intend to enforce.

A policy is only as effective as its implementation. If the policy is worth having, it is worth making sure it is followed. A failure to enforce any particular requirement undermines every other requirement. If something is a preference or a suggestion, then communicate it as such. Otherwise, you are sending mixed signals and the people you lead will become confused and frustrated.

Examples: Establish drop-off and pick-up policies for the children’s ministry that you do not follow. Tell your child you will discipline them if they do something again, but then just offer another verbal warning when they do it.

5. Don’t ask people to do something unless you are willing to do it.

The “Do as I say, not as I do” approach is rarely successful. If you do not practice what you preach, people will rightly assume you do not really mean what you say. And often, it can communicate a sense of superiority, as though you are exempt from the issues of ordinary people. Good leaders are willing to do as much as or more than what they ask of others.

Examples: Urging others to be active in evangelism when you are not. Expecting people to sacrifice free/family time for their ministry but only using work hours for yours.

6. Try to be consistent in applying your policies and practices.

While complete consistency may be impossible (and, at times, unwise), blatant inconsistency in your leadership can be confusing and disheartening. People will rightly question why you allow practice A while discouraging practice B if the two practices are basically the same. They will be upset when their request is dismissed because of a policy that also applies to previous requests that were allowed and wonder why you are playing favorites.

Examples: Recognizing birthdays/anniversaries for some members but not for others. Allowing children to start exercising the same privileges at different ages.

7. Remember the law of unintended consequences

Rarely are the effects of decisions limited to the particular matter at hand. It is important to consider what other areas or ministries will be affected by a choice you make. Since you may not recognize all of the ramifications, it is wise to ask those involved in other parts of your ministry how they think they might be affected. While you may not be able to anticipate every consequence, the better you are at expecting the various outcomes the more likely you will be to get the cost-benefit analysis correct.

The sunk cost fallacy applies when people continue to pursue something only because of previous investment in it (investment they can no longer get back), not because they believe it is still worth pursuing. After spending time and money on something you no longer believe is valuable, you can convince yourself to invest additional resources on it because you do not want to feel like the previous investment was wasted. Additionally, you can keep tied to an idea or project because you are afraid to admit you were wrong. While everyone should desire to be a good steward of the resources God has provided, spending additional resources on a bad idea is often worse stewardship then just recognizing you already lost what was previously spent. While it can be humbling to admit the waste, it is better to own it and make better decisions moving forward than to continue down a bad path because you feel too invested in it.