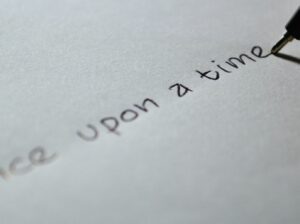 In Monday’s edition of the Briefing, Al Mohler spent some time discussing a recent letter signed by over 1,000 health professionals. One of the letter writers shared the reasoning for crafting the letter as follows:

Though most of Mohler’s commentary on this matter was helpful, as usual, he made a minor comment that I would like to push back on because I think it is significant for our current climate of discussion. He said:

“Now, as we’re talking about narratives here, you’ll notice that the letter writer used that word over and over again. We all find ourselves in the public square using those words, but in this case, narrative means argument. When this writer says that the statement is in response to a narrative and they’re going to present a counter-narrative, just get rid of the word ‘narrative’ for a moment and realize he’s saying that their particular statement was in response to an argument and they’re issuing another argument.”

With all due respect to Dr. Mohler, I actually think it is significant that this author of the letter chose to discuss narratives rather than arguments. Arguments tend to be focused on facts and logic. Appeals are made to data points and statistics. The goal of an argument is persuasion in light of what is considered to be true or right. A person presents arguments in the hope that someone else will have their understanding or thinking altered as they consider the arguments and, perhaps, both will be led to a view that is closer to the truth.

Narratives, on the other hand, tend to be focused on personal stories and experiences. They attempt to frame information and explain it (and, at times, explain away other pieces of information that do not fit the narrative). The goal of a narrative is to offer a proper interpretation of events or data. A person presents a narrative in the hope that others will come to see a certain situation in the same way. Often, the focus is not on the truth or falsity of competing narratives but on their ability to produce proper responses and attitudes.

Increasingly, the discourse in our culture is bereft of arguments but filled with competing narratives. As in this letter, the goal is less about persuasion and truth and more about shaping opinion and belief. The letter is not really an argument that is designed to show why their argument is more accurate than another, but an attempt to make a moral case for why one perspective is the right one, as can be seen in this later excerpt from the letter: “Infectious disease and public health narratives adjacent to demonstrations against racism must be consciously anti-racist, and infectious disease experts must be clear and consistent in prioritizing an anti-racist message.” The goal is not to communicate our current scientific understanding of infectious disease and public health, but to promote an agenda (NOTE: I am not at this time seeking to evaluate whether or not this is a good agenda, but only noting that the desired aim is a message rather than truth.).

It is important for Christians to recognize that many in our day are not even trying to make an argument or pursue the truth but are instead seeking to push forward a narrative. Though your goal might be rational persuasion, the other person’s goal might be moral framing. The other person may not care whether or not what you are saying is true, but only whether or not your idea can be considered culturally good or acceptable. Believers must not adopt this tactic but must continue to be those who rejoice with the truth.