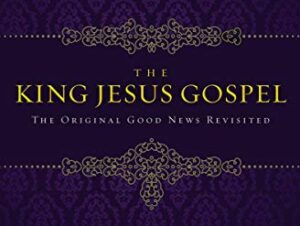 For as long as I can remember, there have been waves of concern within conservative Protestantism about antinomianism, roughly one per decade. For instance, we have seen movements such as…

These five movements are scarcely monolithic. Two come from confessional Reformed life, two from the evangelical left, and one flourished almost entirely within the confines of dispensational fundamentalism. For this reason alone I can almost hear some of my readers protesting, even as I write, that these movements cannot possibly be discussed as a block. This is a fair criticism. Still, there is one concern that is common to all five groups, viz., a concern that evangelicalism at large has fixated too singularly on the legal transaction of justification as the whole essence of the Gospel, and has neglected experimental features of the believer’s union with Christ (i.e., sanctification). I fervently share this concern.

Regrettably, four of the five waves listed above offer cures that are worse than the malady. For Shepherdism, the New Perspective, the Federal Vision, and the King Jesus Gospel, the solution is to freight justification with experimental instruments. One must engage in behaviors, good works, motions of “allegiance,” or even works of the Law in order to receive justification, retain justification, or attain “final” justification. This is a betrayal of the Scriptures and of the material principle of the Reformation, and is effectively a lurch back toward Rome.

This does not mean, however, that the Reformation offers no solution to the antinomian problem observed by all five groups listed above. And thankfully, one of them—the so-called “Lordship Salvation” group—got it right. The Reformers spoke regularly of the duplex gratia Dei or duplex beneficium Christi, whereby the believer, “by partaking of [Christ],…receives a double grace: namely, that being reconciled to God through Christ’s blamelessness, we may have in heaven instead of a Judge a gracious Father; and secondly, that sanctified by Christ’s spirit we may cultivate blamelessness and purity of life” (Calvin, Institutes, 3.11.1).

Note here that neither benefit is causally related to the other. We are not justified because we have been sanctified; nor does justification cause sanctification. These two benefits of union with Christ appear in separate spheres, one legal and the other experimental. Still, they are perfectly inseparable: the latter inevitably accompanies the former. As such, the Scriptures routinely finger good works (sanctification) as evidence of the genuineness of what they inevitably accompany—justification—without suggesting that such works are a means of justification (2 Pet 1:5–10; 1 John 1:7–8; 2:3–6, 9–11, 15, 19, 28–28; 3:9–10, 18–19, 24; 4:8; 5:1, 13; etc.).

What this means is that while Shepherdism, the New Perspective, the Federal Vision, and the King Jesus Gospel are emphatically wrong in polluting the doctrine of justification with human merit, their call to emphasize the obedience of faith should not go unheeded. Any approach to evangelism that permits an unbeliever to imagine that the Gospel allows them to stay “just as they are” represents at best an incomplete Gospel, and perhaps a false one.