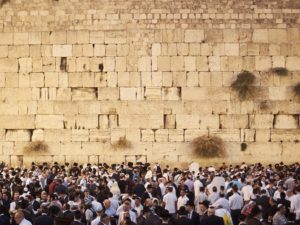 In my first post, I began to explore the notion of a “missionary mandate” for Israel in the Old Testament. Last time, I considered the background for this idea, namely, the theme of God’s concern for the nations in the Pentateuch. In this post, I survey the perspective of the Psalter and the prophet Isaiah.

Israel and the Nations in the Psalter and Isaiah

Both the Psalter, which serves to orient Israel’s worship, and the prophet Isaiah, perhaps the most eloquent in detailing God’s doxological purpose for the cosmos, have much to say about God’s intention for the nations of the world.

The universal concern of the Psalter is evident both in the structure and in the individual statements and themes. The structure of the Psalter moves from inward to outward, from the worship of Israel to the eventual gathering of all nations to exalt the one true God. The psalms of Books 1–3, by their authorship designations, psalm forms, and literary themes, clearly stand as one piece. The psalms of Books 4–5, on the other hand, function differently, constituting a growing outward focus with a higher concentration of anonymous psalms converging on the theme of praise for the Lord.

In the plotline of the Psalter, Book 1 suggests a movement beginning with the Davidic king who is enthroned but in trouble, pleading for the Lord to save him from his enemies (Pss 3–41). In Book 2 (Pss 42–72), the Davidic king has established proper worship patterns and summons all God’s people to join him in praise of Yahweh to the very ends of the earth (cf. the similar progression of 1 Chron 18–26 whereby David subdues his enemies and then organizes proper worship patterns). The sons of Korah are prominent as worship leaders, and the language extols the envisioned reign of the Davidic king from sea to sea (see especially Pss 42 and 72). Book 3 (Pss 73–89) strikes a note of discord and turmoil. The focus shifts to Asaph, the chief musician appointed by David to invoke, thank, and praise the Lord (1 Chron 16:4–5). Yet Asaph’s tone is somber, as he wonders about the apparent success of transgressors (Ps 73). Book 3 ends with the most jarring words of the Psalter concerning the Davidic covenant: “But now you have cast off and rejected; you are full of wrath against your anointed. You have renounced the covenant with your servant; you have defiled his crown in the dust” (Ps 89:38–39). The historical occasion most aptly suggested by this tone and placement is the fall of Judah and the Babylonian exile.

The mood shifts in Books 4–5, where at least two psalms are post-exilic (Pss 126, 137), suggesting that the final form materialized in this period. Book 4 (Pss 90–106) recalibrates Israel’s worship in the exile. The emphasis reverts to Moses, the original theocratic mediator for the nation of Israel (Ps 90) and to Yahweh as the rightful king over all the earth (Pss 93–100). A Messianic note is evident as well. In the superscription to Psalm 90, Moses is designated as “the man of God” (Ps 90:1). This epithet recalls Moses’ prominent role as the greatest prophet who arose in Israel (Deut 34: 10). This latter remark points back earlier still to Moses’ prophecy that after him the Lord would raise up a prophet like him (Deut 18:15), almost certainly a reference to the future Messiah. Book 4 concludes with Israel’s corporate confession of sin in exile (Ps 106). Book 5 (Pss 107–145) opens with a renewed focus on God’s regathering and restoring his people from exile (Ps 107), featuring a preview of the eschatological songs of ascent to be sung by pilgrims gathering in God’s future kingdom (Pss 120–134). The re-invigorated Davidic king will restore God’s faithful covenant love to his people (Pss 138–145), resulting in all creation resounding praise to Yahweh, Creator and Redeemer (Pss 146-150). The Psalter ends with an emphasis on praise for Yahweh reverberating from all the nations: “Kings of the earth and all peoples, princes and all rulers of the earth! Young men and maidens together, old men and children! Let them praise the name of the Lord, for his name alone is exalted; his majesty is above earth and heaven” (Ps 148:11–13). “Let everything that has breath praise the Lord! Praise the Lord! (Ps 150:6).

As to individual themes within the Psalter, several psalms focus on the expectation that the worship of the true God will not be restricted to Israel but will resound through the nations.[1] The nations are called upon to praise, serve, and fear Yahweh. This Gentile worship is both anticipated in the present and promised for the future. These statements occur with greater frequency in the latter stages of the Psalter. In Psalm 22 David looks forward to the day when all the peoples of the earth will worship the Lord:[2] “All the ends of the earth shall remember and turn to the Lord, and all the families of the nations shall worship before you” (Ps 22:27). God’s glory will be lauded by the nations: “Be still, and know that I am God. I will be exalted among the nations, I will be exalted in the earth!” (Ps 46:10). The peoples of the earth will join the chorus of worship: “Let the peoples praise you, O God; let all the peoples praise you!” (Ps 67:3). Every nation that God has created will bow before him: “All the nations you have made shall come and worship before you, O Lord, and shall glorify your name” (Ps 86:9). The nations will experience divine salvation: “The Lord has made known his salvation; he has revealed his righteousness in the sight of the nations” (Ps 98:2). Reverent worshippers will stream from the peoples: “Nations will fear the name of the Lord, and all the kings of the earth will fear your glory. When peoples gather together, and kingdoms, to worship the Lord” (Ps 102:15, 22). The psalmist enjoins the nations to worship the true God: “Praise the Lord, all nations! Extol him, all peoples!” (Ps 117:1). The Psalter expects divine worship to reverberate among all the nations of the earth.

The prophet Isaiah, the prince of the prophets, has much to say about God’s concern for the nations, especially in the latter portion of the book. Eckhard Schnabel suggests several propositions that pertain specifically to the role Israel is to have toward the nations.[3] Yahweh is the Creator of the world, and he will return to Zion as Israel’s God (Isa 52:7–10). Yahweh is also the Creator of mankind and, as the Lord of the nations, he will one day remove the darkness that covers the nations so that they may see his glory in Jerusalem (60:1–5). The coming Davidic king will judge the ungodly, establish righteousness, make peace, fill the world with the knowledge of God, and draw the nations to himself (11:3–10). The Servant of the Lord, who is identified with this king, serves the nation of Israel by restoring them to their place of esteem and serves the foreign nations by providing them justice and instruction (Isa 42:1, 4, 6; 49:1, 3, 6). In a future day, the pagan nations will come to Zion and inquire after the instruction of the Lord (55:3–5; 56:6–8). The process whereby the nations participate in the salvation of the Lord is primarily a centripetal one, by which the nations congregate in Jerusalem as a result of Yahweh’s appearance and by means of the Servant’s redemptive ministry (40:1–5). Beyond this centripetal movement, there is a twofold centrifugal movement. The centrifugal movement is eschatological, originating in Israel first through the leadership of the Servant of the Lord and second by means of the remnant of revitalized Israel in the eschaton (42:1, 6–7; 49:6; 66:19). When the nations are gathered to Zion, they will together proclaim the mighty deeds of Yahweh (60:4–7).

Elmer Martens summarizes the message of Isaiah: “The second half of Isaiah, like Ezekiel, underscores God’s concern for the nations. There too Israel’s role in providing a witness to the nations is underscored. Her mission is to the peoples of the world, not in the New Testament sense of going forth to them with the message about Yahweh, but in the sense of being a people of God whose life shall draw nations to inquire after Yahweh (cf. Is. 2:1–4). . . . The Old Testament keyword in this conjunction is ‘Come.’ The New Testament word is ‘Go.’ But in both Old and New Testaments, God’s concern extends to the nations.”[4]

Having surveyed God’s concern for the nations in the Old Testament, we’ll conclude next time by proposing several principles for understanding Israel’s role toward the nations and how that role anticipates developments for mission in the New Testament.