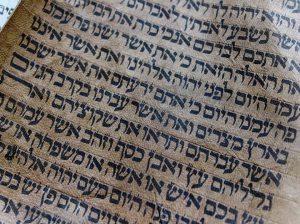 Despite many advances over the last century in archaeology and biblical backgrounds, together with a growing field of studies in biblical theology, consensus concerning ancient Israel’s perspective of the afterlife remains elusive. The view that conscious life continued after death was pervasive not only in ancient Israel but throughout the ancient Near East. Defining and conceptualizing Sheol in the OT and in Israel’s social practices, however, remains a notorious difficulty.

In the past half-century surprisingly few detailed studies of Sheol have appeared. Among these, most scholars conclude that the ancient Israelites believed that all the dead went to Sheol. In contrast to this understanding, however, a number of biblical passages appear to hold out hope for the deliverance of the godly from Sheol (Gen 5:24; 2 Kgs 3:3–10; Job 14:13; 19:25–26; Ps 16:10–11; 49:15; 73:24; Prov 15:24; 23:14; Hos 13:14). In studying these latter passages, I have come to the conclusion that ancient Israel, from the perspective of the biblical text, and likely also within its social-cultural practices, distinguished the destinies of the righteous versus the wicked in the afterlife. The righteous were understood to ascend to God for a beatific afterlife replete with continued fellowship and joy, while the ungodly were seen to descend to the gloomy underworld known as Sheol to await future judgment by God.

In spite of these negative conceptions, most scholars conclude that the ancient Israelites held that all the deceased went to Sheol after death. While I stated earlier that in Scripture primarily the ungodly descend to Sheol, a few apparent exceptions may be found, involving OT believers who faced a premature death under the specter of divine judgment. Jacob (Gen 37:35), Hezekiah (Isa 38:10), Job (Job 17:13–16), Jonah (Jon 2:3), and the psalmist Heman (Ps 88:4) envisage descent to Sheol, in each case due to a feared untimely death through illness, loss, or abandonment under the shadow of divine disfavor. Elsewhere Job imagines a potential descent to Sheol but holds out hope for a postmortem vindication, longing for God to reverse his decision to send him down to Sheol: “Oh that you would hide me in Sheol, that you would conceal me until your wrath be past, that you would appoint me a set time, and remember me!” (Job 14:13 [esv]). In each of these cases the believer imagines an expected descent to Sheol but in the end is delivered from actually going there by the redemptive power of Yahweh. Thus it is significant that while OT believers in some cases feared consignment to Sheol, no OT believer is designated clearly as going there after death.

Several OT passages, in fact, while speaking of the terrors of Sheol anticipate that the righteous will be delivered. The balance of the biblical evidence suggests, rather, that Israel distinguished the destination of the righteous after death as compared with that of the unrighteous. The faithful in Israel expected a future life characterized by upward movement to God rather than descent to Sheol. Psalm 16:10–11 is one of the key passages to advance this idea.

Psalm 16 is a psalm of trust/confidence and a confession of faith. The psalm is traditionally attributed to David. The psalm divides into five short stanzas of about two verses each (vv. 1–2; 3–4; 5–6; 7–8; 9–11). In the final stanza the psalmist anticipates deliverance to God’s presence, envisioned as the path of life, rather than abandonment to Sheol. Two concepts are crucial to evaluating the psalmist’s understanding of Sheol and the afterlife. (1) The positioning of the Hebrew verb ‘zb (traditionally “abandon”) with the object “my soul” and complement “to Sheol.” (2) The significance of “the path of life” which the Lord makes known to the psalmist.

Key to our discussion is whether the psalmist in Ps 16:10 means that Yahweh will not leave him behind in Sheol after he is already there or that Yahweh will not allow him to descend to Sheol at all. Based on these parallel uses, several reasons suggest that the latter sense is intended. First, the threat of Sheol is conceptually close to the examples of the second group where in each case a faithful (or unfaithful) follower is prevented from falling into or is given over to a menacing enemy. The parallel in Ps 37:33 is particularly suggestive. In that scenario the godly believer is kept back from destruction through divine guidance and protection, similar conceptually to what the psalmist anticipates here. Second, the preposition (le) governing the complement in Ps 16:10, as in Job 39:14, suggests that motion toward the sphere is in view rather than abandonment while in the sphere. Third, the verb conjugation (imperfect) hints at a future expectation in which the psalmist will be delivered before reaching the sorrowful destination. The connotation appears to reach beyond the immediate situation to entail confidence in ultimate deliverance. His hope will be dashed if in spite of his prayer he still descends to Sheol at the end of his life. His confidence appears, rather, to rest in the fact that the Lord will keep him out of Sheol altogether. Thus, while many commentators see here a hope for deliverance from an untimely death or a hope for future resurrection after languishing in Sheol, it is a hollow deliverance and a thin hope if the psalmist’s consignment to Sheol is merely delayed or shortened rather than overturned.

Second, Psalm 16 ends by extolling communion with Yahweh, which is characterized as the path of life, replete with divine presence, complete joy, and pleasures at God’s right hand. Some view the path of life as indicating continued communion with God in the temple. Its usage elsewhere in the OT, however, appears exclusively in wisdom contexts focused on the life-or-death significance of observing the warnings of Torah (Prov 2:19; 5:6; 10:17; 12:28; 15:24). In these passages the path of life is contrasted consistently with death and descent to Sheol. These passages suggest that the path of life is conceptually a fixed opposite to Sheol and the realm of death and points, in fact, in the opposite direction. Waltke concludes rightly that “the movement from ‘below’ . . . to ‘upwards’ fits the biblical teaching that the godly terminate their journey in the presence of God himself (Pss. 16:9–11; 73:23–26; John 14:1–4; 2 Tim. 4:18; Heb. 12:2). Salvation from the grave is more than being spared an untimely death, for otherwise ‘the path of life’ is finally swallowed by death” (Proverbs 1–15, 106).

In the light of the foregoing discussion, I submit that a better translation of Ps 16:10–11 runs along the following lines: “You will not give over my soul to Sheol nor allow your faithful one to see corruption. You reveal to me the path of life; in your presence there is complete joy; at your right hand are endless delights.” David here expresses hope that God will deliver him completely from the destiny of the wicked, namely, from the clutches of Sheol.

While our discussion has proved necessarily brief, this overview suggests that work remains to be done in correlating the biblical evidence. While the hope of OT believers is often characterized as fuzzy and limited, and their prospects for the afterlife bleak, I would suggest that we sell them short. Their confidence in God’s deliverance was rich and robust. Their faith should fuel our own contented expectation that death and the grave have lost their power and sting, certified for the church by the resurrection of our Savior, Jesus Christ.

Dan
Commented On 25 Feb 2021
Excellent response to Don. Your reasoning is rock solid.

Ben Edwards
Commented On 25 Feb 2021
While it can be challenging at times to definitively say whether an action in a biblical n...