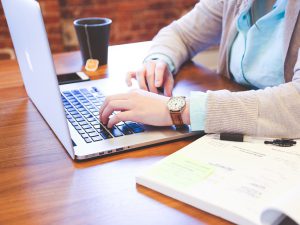 A couple of weeks ago Dan Wallace wrote an article questioning whether or not online education is equal in quality to in-person education. (Tim Miller offered some of his thoughts on the article here.) I’d like to consider two of the issues he raises in comparing in-person/residential to online/distance education—one in this post and the other in a future post.

“In many respects, online education is like a letter from an apostle. John told the ‘elect lady’ in one letter and Gaius in another, “Though I have many other things to write to you, I do not want to do so with paper and ink, but I hope to come visit you and speak face to face, so that our joy may be complete” (2 John 12; see also 3 John 13–14). Paul wrote to the Romans that he longed to visit them (Rom 1.10–11); meanwhile, his letter would have to do. Distance education—whether an epistle or a video course—is not to be cast off as so much refuse, but neither is it ideal.”

But wouldn’t that conclusion undermine the value of Scripture? Since God chose to give revelation through the written Word, how could we conclude another form of communication would be superior?

First, it is important to note that Wallace is not stating the letters were not valuable. In fact, he uses this illustration to state the opposite—they are valuable, just like online education is valuable. However, he is stating that, while letters (and online education) are valuable means of teaching and communication, they are still less valuable than personal interaction. How could he conclude that?

One reason we could conclude that the letters were not as beneficial as in-person interaction is that the inspired Scriptures he cites state that the apostles’ preference was to minister in-person instead of at a distance. In addition to the references Wallace cites, Paul also describes his desire to see Timothy (2 Tim 1:4) and the Thessalonian believers (1 Thess 2:17-3:3, 10) rather than merely send them a letter.

We could also note that the fullest and highest revelation of God is not the written Word but the person of Jesus Christ. It is Jesus and not the Bible in whom “all the fullness of Deity dwells in bodily form” (Col 2:9). Jesus is “the exact representation of [God’s] nature” (Heb 1:2), so that the one who has seen Christ has seen God (Jn 14:9). The fullest representation of the truth of God could only be present in the person of Christ.

With Christ no longer physically present on this earth, the Bible is the place today where we best see God. Yet even then, it is clear that God intends for His truth to be communicated through in-person interaction. Since we are discussing the issue of theological education, it is important to consider Paul’s statement in 2 Timothy 2:2:

The things which you have heard from me in the presence of many witnesses, entrust these to faithful men who will be able to teach others also.

In 2 Timothy, Paul is writing a letter to his son in the faith. Most likely this is the last letter Paul writes. He is in a cold prison, facing execution. Paul has had to deal with defections and abandonment from many—seemingly everyone (1:15; 4:10, 16). Paul wants Timothy to come to visit him (4:9), but before Timothy can leave, Paul wants to ensure that the truth will not be lost in Ephesus. He needed reliable men there who could continue to protect and propagate the gospel. So he gave Timothy the task of passing on the entrusted message to faithful men.

The message was what Timothy heard from Paul in the presence of many witnesses. It was something Paul had said to Timothy and others in-person (though the content is certainly found in the inspired Scriptures).

But perhaps we might wonder, “If Paul wanted to make sure the truth was not lost, why not just write a book?” The answer is two-fold. First, he did write a book, several actually, in which he laid out the truths that were necessary for God’s people to know and obey Him. Second, Paul knew that God’s intention included the necessity of having godly men in order to model and teach the truths laid out in Scripture. It was not enough to have a letter from Paul—you also needed faithful men who could teach the truth to others.

Paul’s desire to have faithful men teach others is consistent with the plan God laid out for the church. When Jesus left, he knew His followers would continue to need physically present individuals to equip them for service, so He gave the church pastors and teachers to accomplish that task (Eph 4:11). The church cannot function the way God intends without in-person teachers.

Many who seem to favor distance education find the idea of satellite pastors problematic—how could someone effectively pastor a congregation via a projection on a screen? If distance provides no hindrance to teaching, why not start virtual churches to minimize the cost of physical meeting places and maximize the potential for people to attend? If we recognize that the church is best done in-person, why would we draw a different conclusion for the training of church leaders? Why would those who will be ministering to believers in-person not benefit from being trained for that task in-person?

It is clear to anyone who honestly considers the issue that in-person interaction is superior to virtual/distance interaction—all other things being equal. Of course, it is almost never true that all other things are equal. So at what point does the lesser value of distance education become a better choice than the superior value of in-person education? That begins to touch on another issue Wallace raised that I’d like to address in a future post.