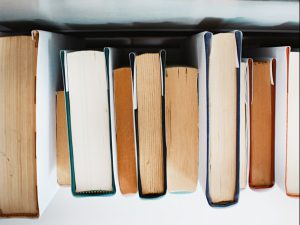 In the past few weeks, a number of significant new commentaries have been released, and several more are on the immediate horizon. Below are a few of the more interesting additions.

Originally published in 1996, Douglas Moo’s commentary on Romans in the NICNT series has been widely regarded as one of the best commentaries ever written on the book. This new edition is due out in November, and already reviewers with access to a pre-publication draft are giving it even higher marks. For example, here’s what Tom Schreiner had to say about the new edition:

All the virtues of Doug Moo’s work in the first edition of his Romans commentary are retained in the updated second edition. The commentary displays careful and rigorous exegesis, reflecting the mature judgment of a seasoned scholar who has considered the meaning of Romans for many years. …Moo’s first edition of Romans is the best commentary on Romans available, and the only volume that surpasses it is his second. (Tom Schreiner)

This commentary is one of three recently released volumes in the new ESV Expository Commentary series being published by Crossway (vols. 7 and 12 were also published in Sept). In the series preface, the editors (Iain Duguid, Jim Hamilton, and Jay Sklar) state that the commentaries aim to be exegetically sound, robustly biblical-theological, globally aware, broadly reformed, doctrinally conversant, pastorally useful, application-minded, and efficient in expression.

In this volume, contributors include Benjamin Merkle, Jason Meyer, and Denny Burk among others. Contributors to the other volumes in the series include scholars like Allan Harman, Tom Schreiner, and Sam Storms. Given the series name it’s not surprising that the authors use the ESV as their base text, however, they are also expected to consult the original languages. The authors interact with other commentaries, though given their space constraints, they don’t do so as much as longer and more technical commentaries.

In keeping with this, the individual commentaries are fairly brief. For example, Merkle’s commentary on Ephesians—which is the longest in the volume—weighs in at just 100 pp., so it won’t be displacing Hoehner or Baugh. However, as introductory commentaries written from a conservative perspective, I think many pastors will find these volumes quite helpful. They are certainly very readable. Overall, these new volumes feel a lot like the Expositor’s Bible Commentary series published by Zondervan, though if anything, this new series may be even more oriented toward biblical theology and practical application.

If you’re interested in checking out this series a bit more, Crossway has made about the first 50 pp. of each volume available online (vols. 7, 11, 12).

Although Robert Yarbrough serves as a co-editor for both the BECNT and the B&H Exegetical Guide to the Greek NT series, his new commentary on the pastoral epistles has been published in Eerdmans’s Pillar NT Commentary series. This volume was just released in the past week or two, so I haven’t had to opportunity to peruse it yet, but if it’s anything like his work on the Johannine epistles, this commentary will be a welcome addition alongside Mounce, Köstenberger, and Knight.