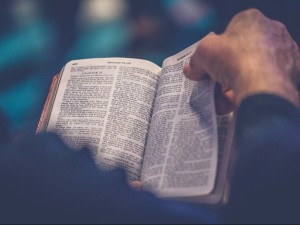 Last week on this weblog Bill Combs offered a corrective against using the hammer of justification to answer questions better answered with appeals to regeneration/sanctification. This problem is not, I think, an incidental concern, but an endemic one, and one of some significance: it is a gospel concern.

There is a tendency in Western Protestant Christianity to see the Gospel primarily in terms of the cross, the removal of culpability, forgiveness, and restored standing. Christ did something for me so that I am no longer overwhelmed by guilt. Hence the Gospel is summarized in song as

On the cross he took my sin. By his death I live again.

This song is a marvelous and tidy summary of the doctrine of justification. I have no serious objections to it (I might question the decision of the author in the last line to finger Christ’s death—and not his resurrection—as the basis for “living again,” but even here I think the author makes the point: Christ’s death restored something was forfeit due to guilt). Such is, as another song suggests, the power of the cross: Christ (1) became sin for us, (2) took the blame, (3) bore the wrath, so that we (4) stand forgiven at the cross.

Please note that I am not quibbling with either song. Both rank, in my mind, as some of the best offerings of modern hymnody. We need songs about the death of Christ and his justifying work. But is this the totality of the gospel? In a word, No. Justification reflects but one of two benefits of the believer’s union with Christ, namely, (1) our legal justification through Christ’s vicarious, law-satisfying life and death, and (2) our experimental regeneration/sanctification by our union with his resurrection: Christ did something in me so that I am no longer plagued by shame and impotence. And we underemphasize the latter at some peril to the Christian system.

So, yes, celebrate Christ’s death and the fact of justification. It is very good news. But celebrate together with it the good news of Christ’s resurrection—not simply as a postscriptive stamp of God’s approval on Christ’s legal accomplishment (a great hurray that gives me assurance in the last day), but also an experimental source of confidence and tenacity sourced in the fact that by his resurrection I am a new creation and have within me today all of the requisite sensibilities and abilities necessary for life and godliness.