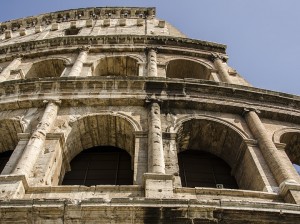 1 Peter 5:10 But the God of all grace, who called you into his eternal glory in Christ, after you have suffered a little while, will himself put things right, strengthen, empower, [and] secure [you]. 11To him be the dominion forever! Amen!

I have enjoyed reading through Karen Jobes’s commentary on 1 Peter for a second time (that is her translation above). Throughout the commentary, she highlights that Peter’s readers were not suffering physical or governmental persecution, but they were being verbally assaulted for their new life in Christ (2:12; 3:16; 4:14; ). Peter’s letter was designed to aid them in their suffering, showing that their suffering is the expected result of following Christ in a fallen world (2:21). Nevertheless, things will not always be this way. Just as Christ suffered and then entered His glory (3:22), so we likewise must suffer a little while (1:6; 5:10). Then God will make all things right, providing strength and power, and securing final provision for His elect people. Jobes’s comments on verse 11 were well stated, and I thought they would be a good reminder for all of us:

Peter’s final word in this closing unit is a doxology, “To him be the dominion forever! Amen!” At the time Peter wrote these words, to all human appearances it must have seemed that to Rome instead belonged the dominion forever. Roman rule had brought the pax Romana (Roman peace) that ended regional wars and unified the empire, generally improving life around the Mediterranean. But the price of that “peace” was the iron-fisted power of Roman might that tolerated not even the suspicion of a threat to its glory. The supernatural nature of the Christian church is perhaps best revealed by the historical fact that until the conversion of Constantine, all of the might of Rome stood against the infant church. Annihilating power stood ready to come against any whose allegiance to the kingdom of God and to his Christ took priority over the kingdom of Caesar. Just the threat of Roman power would have been sufficient to annihilate Christianity had it been based on anything other than or less than the reality of the resurrection of Jesus Christ. In the face of Roman might, Peter ends his epistle by confessing that to God alone belongs eternal might (κράτος εἰς τοὺς αἰῶνας, kratos eis tous aiōnas), which makes Roman glory look like a withered flower (1:24). God’s eternal might constitutes his eternal dominion, for no other power can conquer or thwart his sovereign purposes.