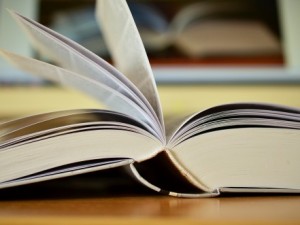 In this post I conclude a three-part series on intertextuality. I began by providing a brief history of the term and of the controversies surrounding its meaning. In the most recent post I examined the legitimacy and meaning of intertextuality in the context of biblical studies. In this post I discuss the usage of intertextuality in biblical studies by providing examples of how it might be put into practice. I will focus on how John uses the book of Zechariah in his account of Jesus’ trial and crucifixion in John 19.

The Use of Intertextuality in Biblical Studies

For practical examples of intertextuality, I’ll concentrate on two passages of Scripture: John 19, the account of Jesus’ trial and crucifixion, and Zechariah, a book that John appears to interweave with his narrative. Using Beetham’s criteria and aspects of Kynes’s methodology, we want to look for literary ties between the writings. We’ll begin with the most overt category of literary connection, the quotation. In John 19:37 the Gospel writer states: “And again another Scripture says, ‘They will look on him whom they have pierced’” (ESV). According to Beetham’s criteria, we would label John’s statement as formal citation, prefaced by the introductory formula “another Scripture says.” Nearly all commentators recognize here a reference to Zechariah 12:10. In this prophecy Zechariah affirms: “When they look on me, on him whom they have pierced.” There are a few minor differences in the wording of the passages (John appears to be following the Hebrew text, albeit perhaps a non-Masoretic reading, rather than the LXX). In the flow of the narrative, John is directing his readers’ attention to Jesus’ crucifixion as the fulfillment of specific prophecy. He concentrates on the piercing rather than the mourning from Zech 12, likely to underscore its necessity as an integral part of Jesus’ atoning sacrifice and as a precursor to the fulfillment of other prophecy (e.g., the mourning in Zech 12 comes to fruition when Israel repents and receives deliverance during the Tribulation [Rom 11:26], not a chief emphasis in John’s Gospel). Zech 12:10 appears to constitute a significant text for John, as he again cites it in the book of Revelation, joining it to Dan 7:13, to describe Jesus’ second coming (1:7). As R. T. France notes, John 19:37 appears to focus on the past fact of piercing, while Rev 1:7 looks to its future effect (Jesus and the Old Testament, 207).

How, then, does recognizing this quotation help us interpret the Gospel of John? First, the citation authenticates John’s account in showing that his firsthand narrative is a genuine, truthful report of Jesus’ death that aligns with predictions of the Messiah foretold centuries earlier, toward the close of the OT canon. John’s concern here reiterates Jesus’ own emphasis that in his ministry Scripture was being fulfilled (13:18; 17:12). Second, we see that John is steeped in OT Scripture, particularly in the prophets. These writings form the backdrop to his own narrative. The connections demonstrate the continuity of canonical Scripture, affirming the legitimacy of Jesus as Messiah and as the culmination of OT prophecy. Third, we recognize the potential for greater similarities in theme and literary affinity between Zechariah and the Gospel of John. Insofar as John uses Zechariah as a source to frame the significance of Jesus’ crucifixion, we are alerted to other possible resemblances. Zechariah’s central message is to encourage the downtrodden Israelites of postexilic Yehud that, although their resources are meager, God will ultimately bless their faithful labors by cleansing and restoring them (Zech 3:1–10), purifying the temple and expanding Jerusalem (1:13–17), and dwelling among them in the future Messianic kingdom (2:3–13). John likewise focuses on themes of cleansing and restoration (13:10–11; 15:3; 21:7–19), the purification and establishment of the temple in Jerusalem (2:13–22), and God’s dwelling with believers in the present and future ages (1:14; 14:3, 17). A growing number of interpreters are identifying other connections between John and Zechariah. Recent articles and monographs that I have encountered suggest additional links in the call of Nathanael (John 1:45–51 with Zech 3:8–10), in the cleansing of the temple from commercial enterprise (John 2:14–17 with Zech 14:21), and in the supposed voice of an angel speaking (John 12:29 with Zech 1:13–14). Identifying such connections helps us to discern more thoroughly the significance of both writings.

Next we want to study John 19 for examples of allusion with Zechariah in mind. I want to propose two possible allusions to Zechariah in John 19. The structure of the narrative of Jesus’ trial offers hints as to where John is focusing the reader’s attention, revolving around Pilate’s statements concerning Jesus. Here we are concerned particularly with Pilate’s final two exclamations about Jesus in vv. 5 and 14. A proposed structure for this passage, construed as literary scenes and incorporating some material from chapter 18, would be the following:

In John 19:5 Pilate presents Jesus, after his scourging, to the hostile throngs gathered around the governor’s headquarters. Pilate exclaims, “Behold the man!” (ESV). Several English translations render the demonstrative particle (“behold”; Greek idou) as an interjection of location or presence (following BDAG): “Here is the man!” (so NIV, CSB, NRSV). According to this sense John has Pilate focusing on Jesus’ presence and appearance as the defendant on trial, now bruised and bloodied by flogging. Yet it appears that John may be working more subtly in his narrative, including here an allusion to Zechariah. In chapter 6 of that prophecy, the Lord commands Zechariah to make a crown out of silver and gold and to place it on the head of Joshua, the high priest, as a typological foretelling of the future Messiah. In presenting the crown to Joshua, Zechariah is to proclaim the Lord’s message: “Behold the man! His name is Branch. From his place he will branch out and build the temple of the LORD” (Zech 6:12). The Greek phrase in the LXX of Zechariah is quite similar to Pilate’s phrase in the Gospel of John. Through the use of irony John appears to reveal skillfully to the readers what the characters in the narrative are ignorant of, namely that Jesus is fulfilling prophecy related to his royal high priestly ministry. That Pilate’s words may contain an allusion to Zechariah is strengthened by Pilate’s second exclamation in 19:14. Here, after Pilate again privately interrogates Jesus inside the headquarters, Pilate presents him to the crowd with the cry of “Behold your king!” Pilate’s second phrase is strikingly similar to Zechariah’s prophetic oracle in 9:9. There Zechariah prophesies of the coming Messiah: “Behold your king is coming to you!” The combination of John 19:14 with the earlier possible allusion in 19:5 strengthens the likelihood that John is evoking Zechariah, demonstrating that Pilate unwittingly plays into the sovereign plan of God. In Pilate’s efforts to absolve himself from guilt, thwart the Jews, and release Jesus, he is actually serving Jesus the Messiah in accomplishing his work of redemption through the bogus trial and eventual crucifixion. In the case of these allusions from Zechariah, we have a single identifiable source, known to the author and audience, and subtly interwoven by John to point decisively toward Jesus as the fulfillment of OT prophecy in his trial and crucifixion as the rightful king and high priest of his people.

The final category is echo. Admittedly this is the least objective of the three categories and the most difficult to discern with certainty. I want to build on the earlier treatment of allusion to suggest another possible link, here an echo of Zechariah 6:11–14 in John’s account of the crown of thorns which the soldiers weave together and place upon Jesus’ head. In John 19:2, the writer narrates that “the soldiers twisted together a crown of thorns and put it on his head.” In 19:5 Jesus emerges from Pilate’s headquarters wearing the crown. A similar focus on a crown is related in Zechariah. In chapter 6, the Lord commands the prophet to make a crown and set it on the head of Joshua the high priest as a prophetic sign-act of the coming Messiah. In 6:14 the crown is to remain in the temple as an emblem and reminder of what God will accomplish. Several similarities suggest to my mind that John may be echoing Zechariah in the depiction of Jesus’ crown of thorns.  First, the high priest upon whose head Zechariah places the crown is Joshua, which in Greek is spelled the same way as the name known to us as Jesus. Thus, in the LXX of Zechariah 6:11 the prophet places the crown on the head of “Jesus.” Second, LXX Zechariah and John use the same words in Greek for “crown” (stephanos), “place/put” (epitithēmi), and “head” (kephalē). Third, Zechariah and John follow a similar sequence of crafting the crown, crowning the recipient, presenting the crowned individual to onlookers, and making a proclamation about the crowned individual. As Beetham suggests of the literary echo, this possible echo may or may not be intentional on the part of the author, is not necessarily clear enough for the audience to recognize it, and is not dependent on the original context to be effective in the new context. Obviously, several differences in the accounts are also notable, perhaps the greatest being that Zechariah makes the crown out of silver and gold while the soldiers make the crown out of thorns. Even in the distinctions, however, it appears that John may again be using irony to show that Jesus is the culmination of the prophecies concerning him even if not always in ways the readers might anticipate. Here Jesus provides redemption by receiving a crown that is associated in significant ways with the curse of Genesis 3. Jesus’ bearing of thorns relates in a macro-canonical way to his bearing of the sin curse for sinners. Yet Jesus also fulfills in some aspect the ministry of high priest for his people. His substitutionary death qualifies him uniquely to serve as high priest, as the writer of Hebrews is chiefly concerned to develop.

Looking back over the series, we briefly surveyed the historical backgrounds and ideological underpinnings of intertextuality. We examined the legitimacy of intertextuality as a methodology in biblical studies. We also analyzed the meaning of intertextuality to develop an approach to biblical studies that takes seriously the text of Scripture and its usefulness as a tool for assessing how biblical texts interact with one another. Putting these principles and methods into practice offers ways to deepen and enrich our reading of Scripture. There are many more connections to be discovered as we become better readers of God’s Word. To that end I commend to you the continued study of Scripture.