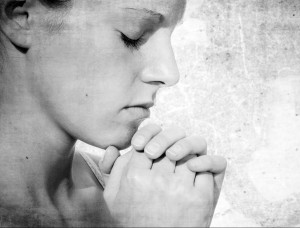 There is a time in everyone’s life where they look at the long list of desires and goals in front of them and wonder, “How am I ever going to get this done?” There are books and books along with blogs upon blogs of pithy slogans to help you get more done in less time. Sometimes we need these rallying cries just to get started. For example, “How do you eat an elephant?…. One bite at a time!” (Never tail-first by the way!).

The Gospel of Luke gives us a wonderful window into how Jesus accomplished his ministry. How he changed the world in 3 short years, and Luke shows that prayer played a vital role. Here are a few examples:

There is much to learn and apply here, but let me say a two things in summary:

Here is my encouragement: take one hour this week and read the book of Acts in one sitting, asking this question: “What is the role of prayer in the life of the early Church.” If you do so, I believe You will be thankful for the assignment, and you will notice the the centrality of prayer in the early church, which they inherited the Lord.

Don Johnson
Commented On 05 Mar 2021
Hi Ben Well, someone mentioned that there was a discussion here partially in response t...

Ben Edwards
Commented On 01 Mar 2021
Jeff, It seems like you are addressing whether it was right or wise for Coates/Grace Li...