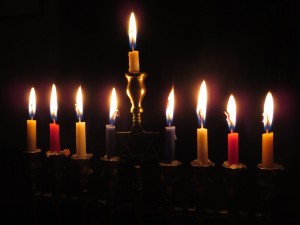 Over the next several weeks observant Jews will enter one of the busiest and most important religious seasons of the year. Starting at sundown, October 2, and running through sundown, October 4, many Jews will celebrate Rosh Hashanah, the Jewish New Year. Just over a week later, Yom Kippur, or the Day of Atonement, will be observed from the evening of October 11 through the evening of October 12. Finally, beginning at nightfall, October 16, and continuing through nightfall, October 23, religious Jews will celebrate Sukkot, known also as the Festival of Tabernacles.

The proximity of these events provides an opportunity for a brief refresher on their significance, not only for the Jewish people but for Christians. As Marvin Wilson wrote several decades ago, “For the entire Scriptures, the primary cultural context is that of the Semitic world of the Hebrew people. . . . If we are to interpret the Bible correctly, we must become attuned to this Hebraic setting in the ancient Near East” (Our Father Abraham: Jewish Roots of the Christian Faith, 8–9). So then, what is the Old Testament origin and significance of these festivals? From a Christian perspective, how do these festivals foreshadow Christ and the gospel? Today we will examine the first two festivals, followed by a closer look at the third festival next week.

The trumpet blast signified not only the convocation of the sacred assembly but the summons to repent over one’s sin. The use of the ram horn called to mind the Lord’s provision of a substitutionary victim at Abraham’s sacrifice of his son, Isaac, on Mount Moriah. One of the liturgies of the festival began, “Our Father, our King, we have sinned before Thee.” This solemn reminder of the reality and grave consequences of sin prepared the worshippers for the coming Day of Atonement.

Yom Kippur is the most solemn day of the Jewish year, explained in detail in Leviticus16.  Leviticus 23:26–32 relates that the day was a “Sabbath of solemn rest” in which the people of Israel were to “afflict themselves”—likely a reference to fasting and perhaps also to sexual abstinence and the avoidance of bathing or hygiene. Worshippers were required to present a food offering to the Lord. The day included a number of significant and elaborate rituals, centered on rites to purge sins that had accumulated over the past year. The role of the high priest was critical—he was to present himself humbly in a linen garment before the Lord inside the Holy of Holies. In the ceremonies he represented the people before the very presence of God, sacrificed animals to atone for his own and the people’s sins, and sprinkled blood to cleanse the sacred space of defilement.

The writer of Hebrews connects these intricate rituals to the forgiveness and cleansing of sins for believers that Christ achieved by his perfect, vicarious atonement: “But when Christ appeared as a high priest of the good things to come, He entered through the greater and more perfect tabernacle, not made with hands, that is to say, not of this creation; and not through the blood of goats and calves, but through His own blood, He entered the holy place once for all, having obtained eternal redemption. For if the blood of goats and bulls and the ashes of a heifer sprinkling those who have been defiled sanctify for the cleansing of the flesh, how much more will the blood of Christ, who through the eternal Spirit offered Himself without blemish to God, cleanse your conscience from dead works to serve the living God?” (Heb 9:11–14 [NASB]).

What are the implications of these first two fall festivals for the Christian? First, these festivals demonstrate the seriousness of sin. Sin costs. Sin defiles. Sin destroys. Therefore, sin must be atoned for and purged for God’s people to relate rightly to God. The sins of the Canaanites, particularly sexual perversion, had defiled the land prior to the Israelites’ occupancy. The Law commanded the Israelites: “Do not defile yourselves in any of these ways, because this is how the nations that I am going to drive out before you became defiled” (Lev 18:24 [NIV]). The Israelites were to maintain strict adherence to the Levitical cult as a means of keeping themselves clean. Sin among the people defiled the camp where the Lord was dwelling (Num 5:3). The sacrifical offerings provided a means of atonement, forgiveness, and restitution. As the writer of Hebrews reminds us: “Without shedding of blood there is no forgiveness” (Heb 9:22). Second, these festivals foreshadow a significant way in which Jesus consummates the messianic promises of the Old Testament. The deep sorrow over sin on Rosh Hashanah and Yom Kippur foreshadows the Tribulational period when Israel will recognize her Messiah and weep over her sin. The Lord says through Zechariah the prophet: “And I will pour out on the house of David and the inhabitants of Jerusalem a spirit of grace and supplication. They will look on me, the one they have pierced, and they will mourn for him as one mourns for an only child, and grieve bitterly for him as one grieves for a firstborn son” (Zech 12:10 [NIV]). These contrite Israelites likely will echo the words of Isaiah 53:4-5: “Surely he took up our pain and bore our suffering, yet we considered him punished by God, stricken by him, and afflicted. But he was pierced for our transgressions, he was crushed for our iniquities; the punishment that brought us peace was on him, and by his wounds we are healed” (NIV).

On Friday we will look more closely at the Festival of Sukkot and see how the final fall festival brings hope out of sorrow.