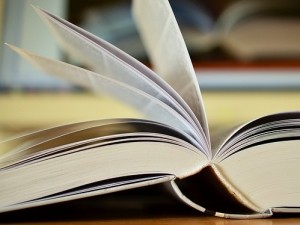 Life in the Spirit is the fruit of the 2009 Wheaton Theology Conference, where numerous scholars presented on themes related to spiritual formation. The book does not follow the format of the conference; instead, the “volume emerged from the conference’s dialogue about the theological shape of the contemporary discussion about spiritual formation, particularly within the evangelical Protestant community” (11).

While Jeffrey P. Greenman and George Kalantzis, the editors of the volume, have no particular expertise in spiritual formation, they each have extensive experience as editors. Greenman has edited six published works, while Kalantzis has edited four published works and serves as the series editor for both Ad Fontes: Early Christian Sources and The Annotated Patristics. In this volume, their editorial skill is shown in the selection and organization of the topics as well as in the selection of qualified authors as contributors to the volume.

Life in the Spirit is dedicated to unfolding the theology, history, and practice of spiritual formation. The editors have organized the volume to focus on each of these themes consecutively, though they sometimes bleed into one another. Jeffrey Greenman’s essay, Spiritual Formation in Theological Perspective, laid the groundwork for much of the rest of the work by providing and then developing a definition of spiritual formation: “Spiritual formation is our continuing response to the reality of God’s grace reshaping us into the likeness of Jesus Christ, through the work of the Spirit, in the community of faith, for the sake of the world” (24). Gordon Fee’s contribution, the second article in the book, highlights the importance of the Holy Spirit in Christian theology. Specifically, Fee accuses most Christians of being functional binarians in that they worship the Father and Son and minimize the Spirit. He finds evidence for this in the mistranslations of major texts on the Spirit (e.g., I Cor 2:14; Gal. 6:1; Col 1:9; etc.), and in the incipient Apollinarianism of much theology, which minimizes the humanness of Christ, leading to a failure to recognize the role of the Spirit in His life. Both of these tendencies, Fee argues, lead to Spiritless spirituality, a human rejuvenation effort. Dallas Willard provides the final essay in the section on theology, where he argues that the dominant understanding of salvation in some evangelical subgroups concerns justification alone. Willard believes regeneration is the more fundamental understanding of salvation, for regeneration presupposes justification but fundamentally includes the concept of sanctification. By starting from regeneration, Willard shows that the natural progression of salvation leads necessarily to spiritual formation.

The second section, dedicated to examining the historical approaches to spiritual formation, begins with George Kalantzis’s article, which identifies some of the historic practices of spiritual formation from the earliest of the New Testament period (Justin Martyr) to Christian monasticism (Basil of Caesarea). Kalantzis ties together the various spiritual practices of this period by relating them to the concept of martyrdom in imitation of Christ. In the earliest period, the martyrdom was literal, but in the monastic years the martyrdom was death to self. The second article, written by Lawrence S. Cunningham, a Roman Catholic, and is designed to broaden the perspective of Protestant readers concerning the approach to spiritual formation within the Roman Catholic community. After distinguishing the defining characteristics of the Catholic “schools of spirituality” (e.g., monastic orders), Cunningham identifies two distinguishing marks of Roman Catholic spiritual formation—asceticism and mysticism. He concludes his article with a call to unity on spiritual formation, citing hopeful trends within both Protestant and Roman Catholic groups. Kelly M. Kapic’s article, Evangelical Holiness, brings the reader’s attention back to the Evangelical perspective on spiritual formation by examining the concept in the writing of one of the Puritans, John Owen. Kapic brings attention to the central place of the Spirit, grace, and the imitation of Christ in Owen’s concept of evangelical holiness. For Owen, if any of these are lacking, there is only human effort for reformation and not true transformation in holiness. The final article in this section, written by D. Bruce Hindmarsh, returns to the theme of ecumenicism, bridging Evangelical and Roman Catholic spirituality by identifying Evangelicalism as “something like a religious order in the Catholic church,” or as “a new school of spirituality in the church universal” (117). While he admits that early Evangelicals did not widely accept mysticism and asceticism, Hindmarsh supports the connection between the two by tracing the use and spread of two Roman Catholic books on spiritual formation during the rise of Evangelicalism.

Having surveyed the theological and historical contours of spiritual formation, the book’s final section details its practice. Christopher A. Hall’s chapter concerns the spiritual disciple of Lectio Divina, what he defines as “reading Christ into the heart, of proportioning our consciousness to God’s mind, of shaping our thinking and behavior to the life of Christ—in His words and deeds” (158). Next, Susan Phillips provides an apology for spiritual directors, who function as guides along the spiritual path, helping others to see God in their daily lives. Phillips, argues that such a position is necessary in the modern church, where too often spiritual problems are outsourced to psychologists who cannot use the spiritual tools available to the spiritual director. James C. Wilhoit authors the third article in this section, which details the controversial practice of centering prayer. Developed by Thomas Keating from ancient meditative practices, centering prayer seeks to provide for modern Christians a meditative form of prayer. Wilhoit outlines the practice, purpose, and theological basis for centering prayer, and suggests that while its theological basis is suspect, its integration into the lives of modern evangelicals may lead to further spiritual formation. The fourth article in this section was written by Cherith Fee Nordling, who focuses the reader’s attention on the place of music in spiritual development. Nordling argues that a church’s lethargy may be tied to its “anemic hymns and heretical choruses” (202). By comparing the modern church’s songs to the hymns of the early church (e.g., Col 1:13-17), the author shows how hymns and songs can be spiritually formative in the life of the church. The final chapter in this section highlights the intersection between ethics and spiritual formation. David P. Gushee argues that those who have been spiritually formed in Christ will be those who place the highest value on the sanctity of life, for they will see that the incarnation of Christ shows how much God values life.

In a concluding epilogue, Linda M. Cannell provides application of the theme of spiritual formation to theological education. She questions whether theological schools are necessary to meet the spiritual development needs of current students, and more importantly whether they are able to do so. To justify their existence, theological schools must fight against institutionalism, academic rationalism, and professionalism in order to meet the ultimate need of producing graduates who are spiritually prepared to meet the challenges they will face in ministry.

There is much to commend in this collection of essays. The editors have organized the articles in a clear manner, aiding the reader in his or her understanding of the topic. Very few grammatical or typographical errors mar the work, and the inclusion of a final chapter detailing the “so what” of the book within Evangelicalism is valuable. Nevertheless, the failure to provide bibliographical detail on the authors of the articles was a major editorial shortcoming of the work. A short summary of each author would have provided a broader context to know his or her doctrinal stance, his or her historical background, and his or her expertise within the field he or she was discussing. While this information is available online, including it in the book would have been a great aid to the reader.

Unfortunately, the most significant strength and weakness of the book conflict with one another. On the side of strength, a robust evangelical Protestant theology undergirded the first few chapters (especially Willard’s and Fee’s contributions), providing the framework for how spiritual formation is to be understood. Dallas Willard’s contribution was deeply entrenched within the evangelical tradition as he sought to recover the fullness of the gospel by stressing the nature of regeneration and the necessary growth in holiness. Gordon Fee, for his part, developed the definitive contrast between self-generated change that focused on the contribution of the human agent and externally-generated change that focused on the contribution of the Divine Agent. In sum, both fixated on grace as the beginning, middle, and ending to spiritual formation, and this provided the ultimate, evangelical-centered theology from which the rest of the book could develop.

The weakness conflicting with this solid theological foundation is hinted at in the beginning of the volume when the editors say, “The annual Wheaton Theology Conference often has been an ecumenical occasion” (14). Laurence Cunningham, one of the contributors to the volume, is a Roman Catholic, and his essay seeks not only to explain Catholic spiritual formation, but to suggest further collaboration with evangelical Protestants (96). Similarly, D. Bruce Hindmarsh’s essay, which argues that evangelical Protestantism is “a new school of spirituality in the church universal” (117), clearly implies harmony between the Catholic church and evangelical Protestantism. But if the theology of spiritual formation is grounded in the gospel doctrines elucidated in the first section, and if those doctrines are not in harmony between the Catholic church and evangelical Protestantism (hence the reformation), how can there be collaboration? For those who believe right practice follows right doctrine, the dissonance between the theological foundations and ecumenical praxis is disheartening.