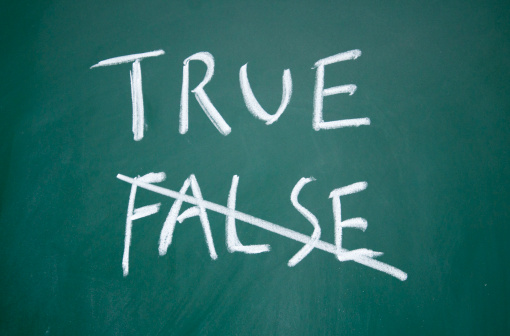 There are a growing number of atheists in our day who are clamoring for the abolishment of religion. The late Christopher Hitchens was a leading voice in this movement, and he did not hide his contempt for Voltaire’s sentiment. “Though I dislike to differ with such a great man, Voltaire was simply ludicrous when he said that if god did not exist it would be necessary to invent him. The human invention of god is the problem to begin with” (God is Not Great, 96).

In response to these calls for the abolishment of religion, some are continuing to argue that religion, though perhaps (likely?) false, is still good. Thus, much of the discussion has moved past the question of whether or not Christianity is true to whether or not Christianity (and religion more broadly) is beneficial. Where should Christians side in this debate? Should we tout the idea that religion has tangible benefits even if it is false?

In Paul’s first letter to the Corinthians, he addresses an issue related to that question. Some in Corinth were denying the Apostolic teaching of the resurrection of the dead. In confronting this error, Paul considers the consequences if Jesus did not rise from the dead.

And if Christ has not been raised, then our preaching is in vain and your faith is in vain. 15 We are even found to be misrepresenting God, because we testified about God that he raised Christ, whom he did not raise if it is true that the dead are not raised. 16 For if the dead are not raised, not even Christ has been raised. 17 And if Christ has not been raised, your faith is futile and you are still in your sins. 18 Then those also who have fallen asleep in Christ have perished. 19 If in Christ we have hope in this life only, we are of all people most to be pitied. (1 Cor 15:14-19)

What if Jesus did not rise from the dead?

The first consequence Paul mentions is that the preaching of the gospel would be empty. If Paul were to talk with the preachers in churches all over America who do not believe Jesus rose from the dead but still “preach” each Sunday, he would tell them it would be better if they just went fishing or golfing on Sundays. There is no truth to the message being preached if Jesus did not rise.

Some in our day might respond that the objective reality of Jesus’ resurrection is insignificant. What really matters is that we believe he is alive in our hearts! But Paul next states that our faith is empty if Jesus did not rise. The Christian faith is not about wishful thinking. It’s not hoping something is true in spite of the fact that it probably isn’t. It’s about trust in a person and what that person did. If that person did not do what he claimed, then the faith is empty.

Many today would point to the value of moral instruction that religion provides. But Paul next states that he and the other apostles are liars if Jesus did not rise from the dead. He and the other apostles have been preaching that God raised Christ from the dead, and if He did not then they have been lying about God. They have been testifying falsely against him. If they’ve been lying about God, why would we trust them on what they have to say about moral issues? (Or why would we trust Jesus on moral issues when He said He would rise from the dead?) Here’s some valuable advice you may want to tuck away: you don’t want to get your ethical instruction from someone who has been lying about the central part of their message!

But isn’t there still a personal, psychological benefit from believing in Christianity even if it is not true? Paul points out that our faith is of no value if Jesus is still dead. Whereas before Paul says our faith is empty, here he says it is futile or worthless. It’s incapable of accomplishing anything for us.

The reason our faith is futile is because it is not intended to provide a psychological benefit but to deal with our problem of sin. Jesus, as a sinless person, died to pay the penalty for our sins. The resurrection is God’s public display of approval of Christ’s payment for sin. But without the resurrection the payment was not accepted. If Jesus did not rise from the dead then his death was simply for his own sin—just like everyone else who has ever died.

If our sin has not been dealt with, then there is no hope of escaping death. If we are still in our sins, death is not simply falling asleep in Christ but is really the end—eternal separation from God.

Paul concludes by declaring that, if Christ is not raised, Christians are the most to be pitied. He is not simply saying that Christians are to be pitied because they expected heaven but didn’t get it. Christ’s resurrection has bearing on our current lives. It frees us to willingly sacrifice for the sake of God and others (cf. 1 Cor 15:30-32). But if Christ is not alive, there is no point in living a sacrificial life for others. We might as well simply live for ourselves.