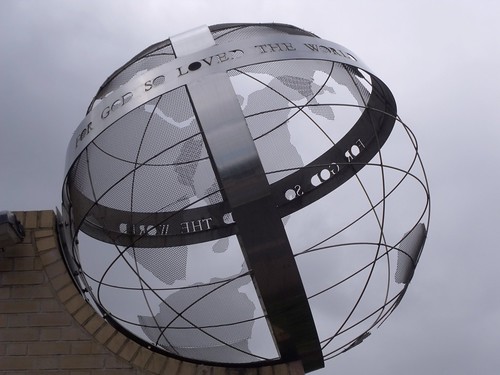 As often happens with discussions of worldliness among Christians, Pearson’s post yesterday sparked a bit of disagreement (much of which confirmed the first paragraph of the post). As Pearson noted beforehand, the debate typically includes what it means to love the world. In each of the questions Pearson provided, he encouraged believers to consider whether or not what they love, what they tolerate, and what they prioritize are different from unbelievers. Some concluded that these questions showed a flawed understanding of worldliness. Do they? Should believers be different from unbelievers if they are to avoid worldliness?

Let me begin by noting why some may be concerned with the questions. At times, Christians have defined worldliness in such a way that leads people to think anything an unbeliever does is worldly. A bit of reflection reveals the foolishness of that definition. Unbelievers eat, sleep, drive cars, talk in English, etc., and the Bible is certainly not warning believers to avoid those things. But, does that mean it is wrong to urge Christians to be different from unbelievers?

Thus, believers and the world are set in stark contrast. Believers live under the lordship of Christ, submitting to his will, while the world lives in opposition to Christ, submitting to its own sinful desires. Since unbelievers by definition do not submit to the lordship of Christ, they are worldly. They do not order their actions and affections according to the Bible—which is the heart of worldliness.

Why do believers no longer live controlled by their own desires? They have been transformed through the work of regeneration. Man is spiritually dead, and, thus, can never love and serve God without being given spiritual life (Eph 2:1–5). The only way to remove worldliness from the heart of a person is for the person to get a new heart. Regeneration enables believers to be distinct from the world, for “everyone who has been born of God overcomes the world” (1 John 5:4). The believer is no longer “of the world” because Christ “chose [him] out of the world” (John 15:19). This new birth produces characteristics in believers that set them in opposition to the world.

So, should believers be different from unbelievers? Yes! That’s why Paul exhorts the Corinthians not to be “yoked with unbelievers. For what partnership has righteousness with lawlessness? Or what fellowship has light with darkness?” (2 Cor 6:14). Believers are different from unbelievers, and that difference should be reflected in what they love, what they tolerate, and what they prioritize. To argue otherwise is to deny the truth of regeneration. If unbelievers lived in submission to Christ, the Bible would have no need to warn against worldliness—it would not exist.

Greg Linscott
Commented On 13 Aug 2022
One could observe that while no one has identified as a Christian Islamist, John Piper did...

Greg Linscott
Commented On 13 Aug 2022
But Clark doesn't even concede to Baptists being legitimately described as Calvinists. Wou...