“God put you in your neighborhood on purpose.”

Dave Doran Jr.’s calling to mission work started at a young age. When he was 13 years old, he went to Africa on a short-term missions trip where he really got a taste for reaching those around him with the gospel. That spark continued to grow with Dave through his life into college. In 2009, Dave completed his Bachelor of Arts in Biblical Exposition at Northland International University, with the intent of getting involved in missions work as soon as he could. In 2010, he married his wife Abigail, who also attended college at NIU.

Dave then returned to his home church of Inter-City Baptist Church in Allen Park, where his father, David Doran Sr., is head pastor, and served as a pastoral assistant. Dave then transitioned into the position of director of outreach at ICBC in 2012. Dave wanted to further his ministry training and completed a Master of Divinity in 2013 and a Master of Theology in 2014 at DBTS.

Dave places immense value on his time at DBTS, and his education there has become even more valuable to him as a church planter. The classes and material helped strengthen and confirm his beliefs and gave him substance to support them.

Dave formed relationships as a student with both students and professors that he still holds valuable today.

“I’m thankful for the opportunity to rub shoulders with these professors and have time to personally sit down with them,” Dave said. “They’re relationships that you can’t manufacture anywhere else.”

During his time growing at the Seminary, Dave felt convicted to get involved in local missions and church planting because he felt a burden for the people in his own backyard.

“I felt that God was winnowing me back home,” Dave said. “I see Detroit as a second Thessalonica – the goal being to spread the gospel through the whole region.”

The Lincoln Park area specifically piqued his interest. He immediately knew that he wanted to plant a church, but was asked to serve for two more years at ICBC before starting his ministry elsewhere. God used some of the two-year delay to confirm LP instead of Southwest Detroit.

While continuing to serve at ICBC, Dave became heavily involved in the Lincoln Park area, becoming the assistant coach of the freshman football team and head coach of the soccer team at Lincoln Park High School.

Dave and Abi also moved to Lincoln Park from Allen Park so that they could be part of the community they were going to minister in.

In May 2015, Dave finally had the opportunity to begin the church plant of Resurrection Church with the help of the Spread the Word internship program through ICBC.

David Doran Sr. and Aaron Coffey started the internship in 2013 with three goals:  spreading the gospel in downriver Detroit, helping with outreach efforts in metro Detroit churches, and gett–ing young men involved in evangelism and exposure ministry in Detroit.

The internship runs every year from the end of May to the first week of August. During this time, about 10 interns become involved in a wide variety of ministry and evangelism opportunities. Highlights of this past summer included ministry at the Faith Recovery Center local coffee shops and evangelism at Wayne State University. The interns hold two weekly community events, a youth event called Cola Wars and a neighborhood cookout, at different churches each time. Leading up to the events, the interns canvas 400-600 homes to invite the community to join.

Through these neighborhood events, the Spread The Word team was able to help Dave further connect with the Lincoln Park community and form a basis from which he could plant a church. 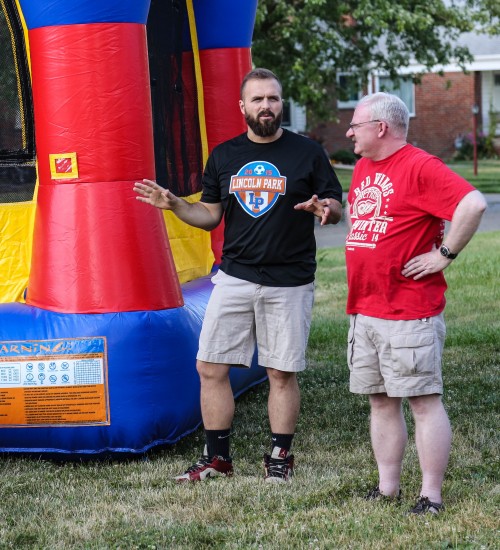 “[The internship] was a catalyst for Resurrection Church,” he said. “It’s like the charge at the base of a space shuttle that gets it going in the beginning.”

At the neighborhood cookouts, Dave made the effort to interact with as many people as possible, hoping to make long-term connections with people in the process. Through the nine cookouts held over a 10-week period, his main goal was to hold at least two 15-minute conversations with someone new. 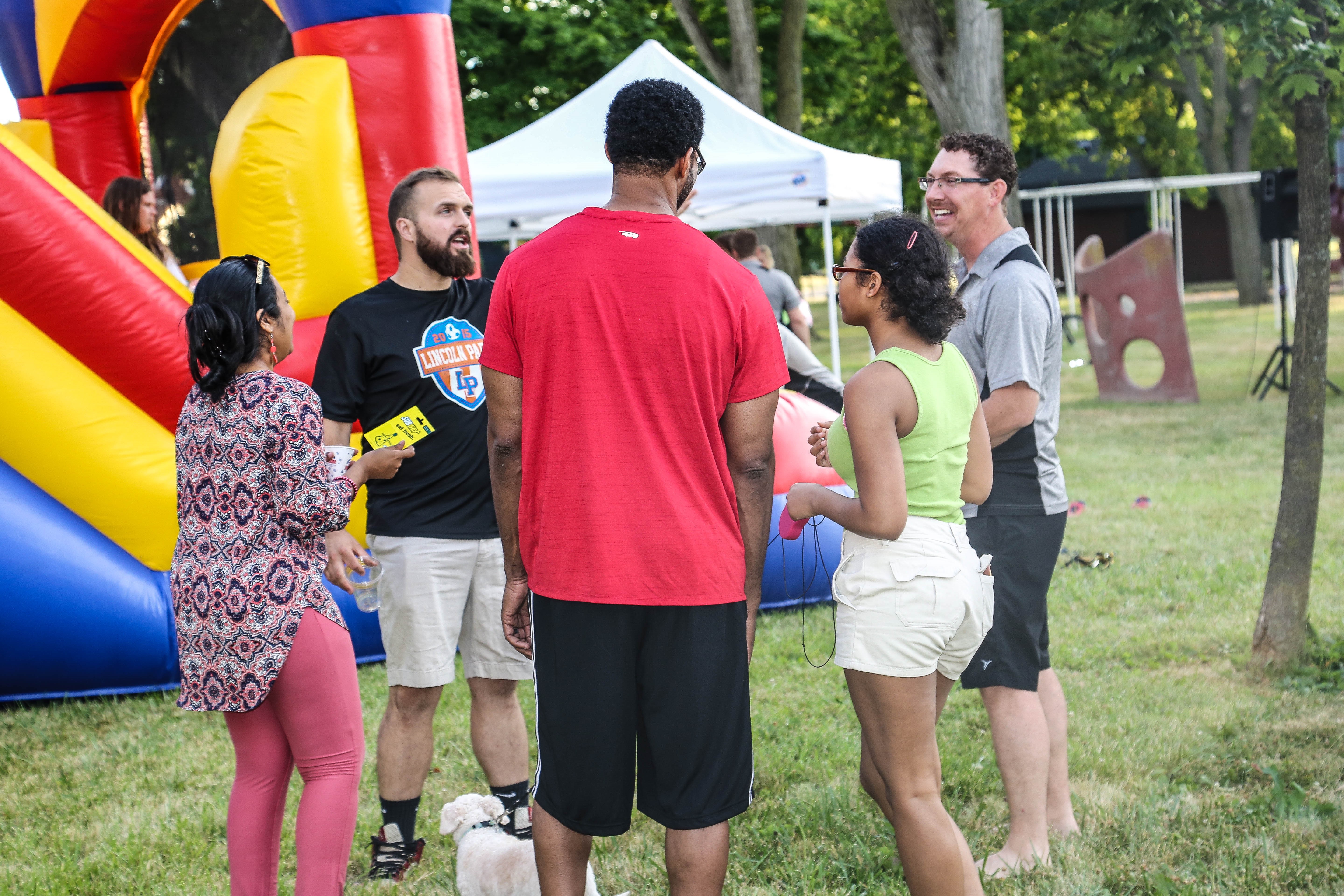 “He’s energetic and very engaged with them and never distracted,” said Josiah Long, a junior business administration major at Bob Jones University who interned at Spread The Word in Summer 2015. “[Dave] is consumed with the gospel, but still knows how to be a person. He works hard to make those connections, and he’s focused on the community to make a change inward out.” 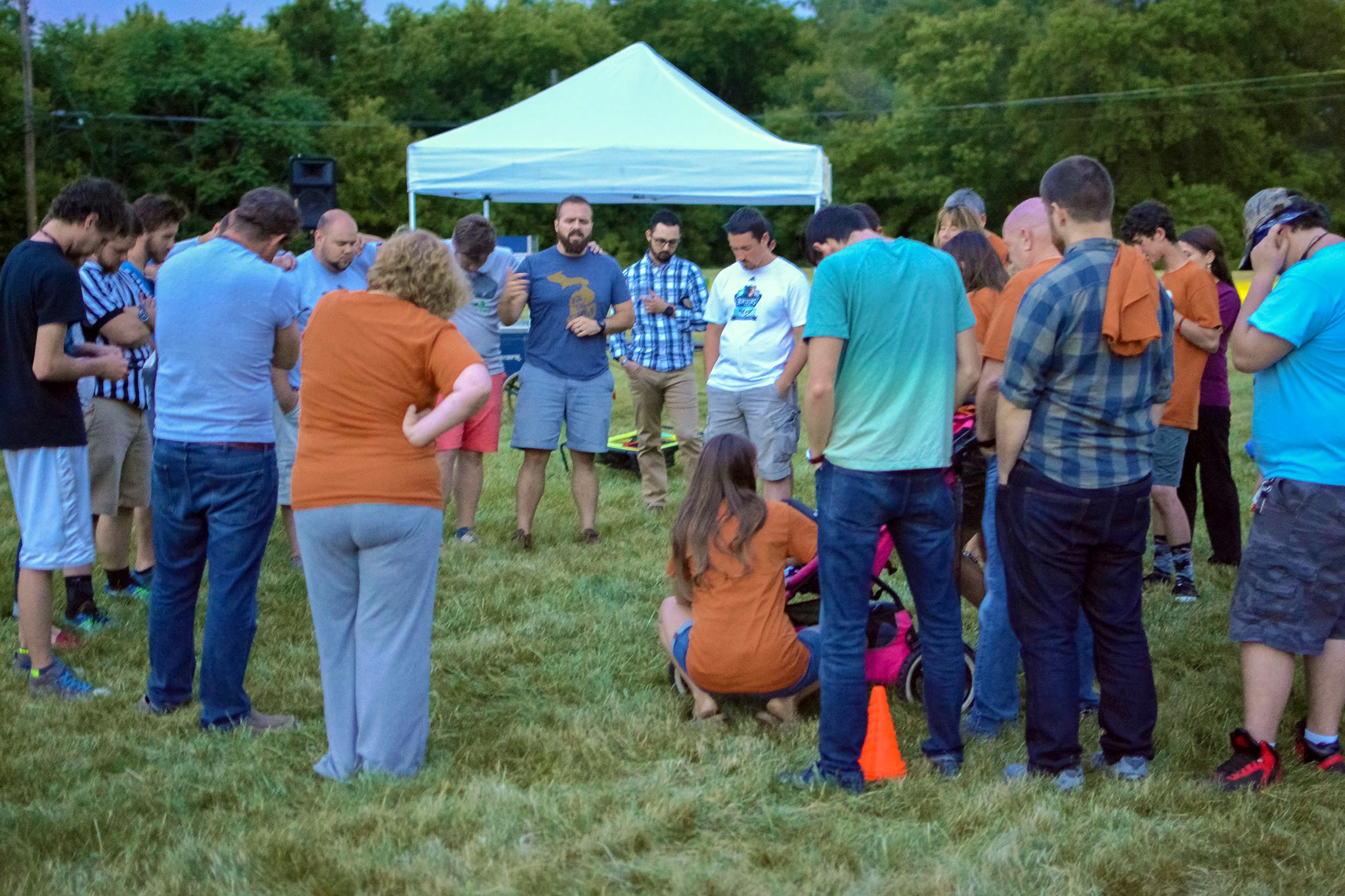 Josh Arellano, a current member of Resurrection Church and a host of a gospel community group, said that the largest need of Lincoln Park is for people to have a biblical understanding of the local church. Most people have enough knowledge about spiritual things to convince them that church attendance is comparable to regeneration, and some people consider their church attendance as meeting some sort of standard that makes them acceptable to God while disobeying the clear commands of Scripture throughout the week.

“Our solution is to correct preconceived notions through sound, biblical preaching and teaching as well as modeling what it means to make and mature disciples in all of life,” Josh said. “[Dave] continually reminds the congregation our core values, and we are seeking to live life with both believers and unbelievers with the goal of sharing the gospel and modeling Christlikeness.” 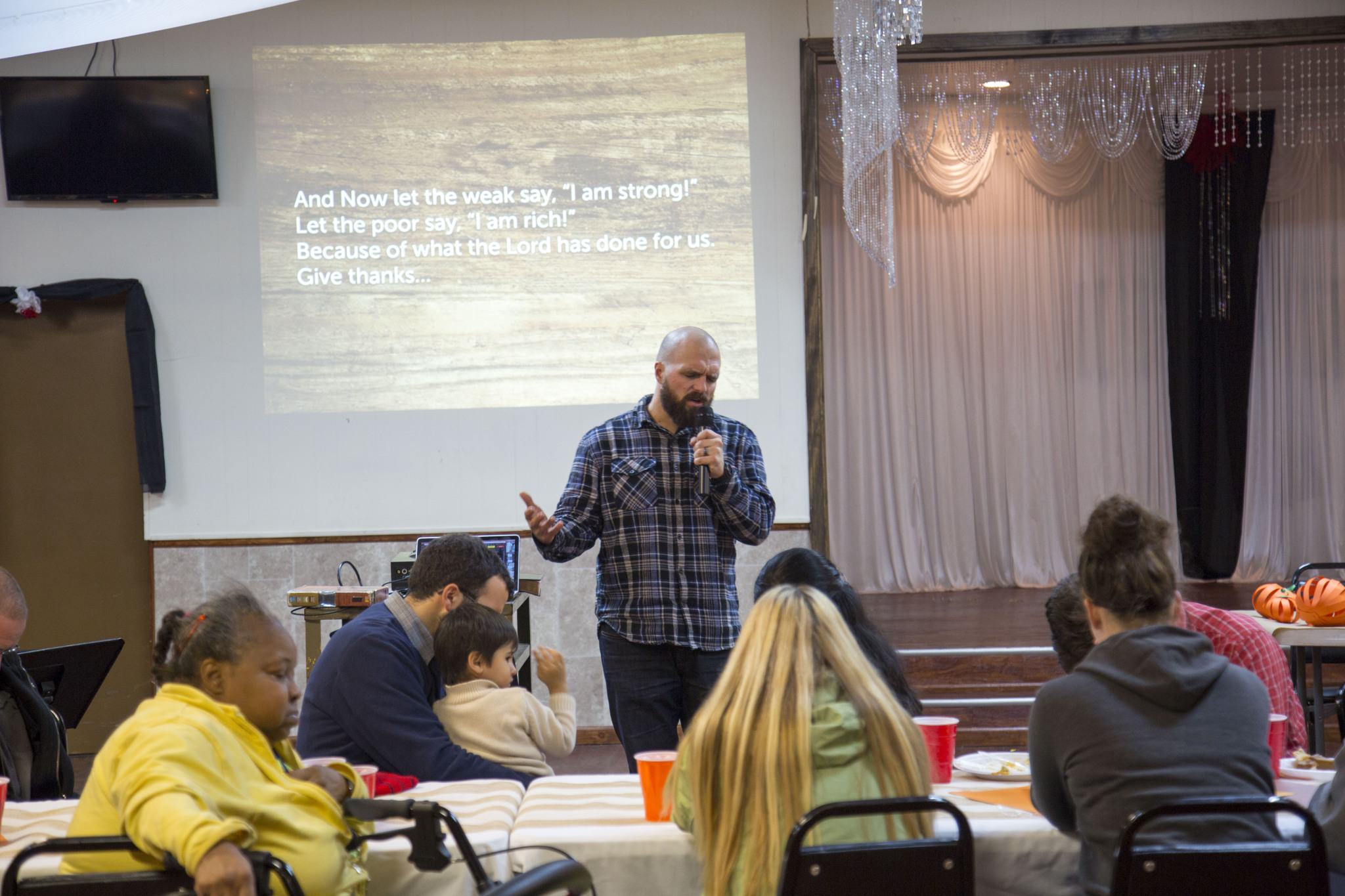 The church has grown significantly since last summer; they recently celebrated the first baptisms of new members in the church and have drafted their founding documents. Spread The Word’s involvement this summer was lessened because of the church’s growth, but still present through the community events. Dave’s current goal is to expand in the areas reached by the gospel community groups. He continues to build relationships in Lincoln Park with the purpose of changing unbelievers into disciples of Christ. 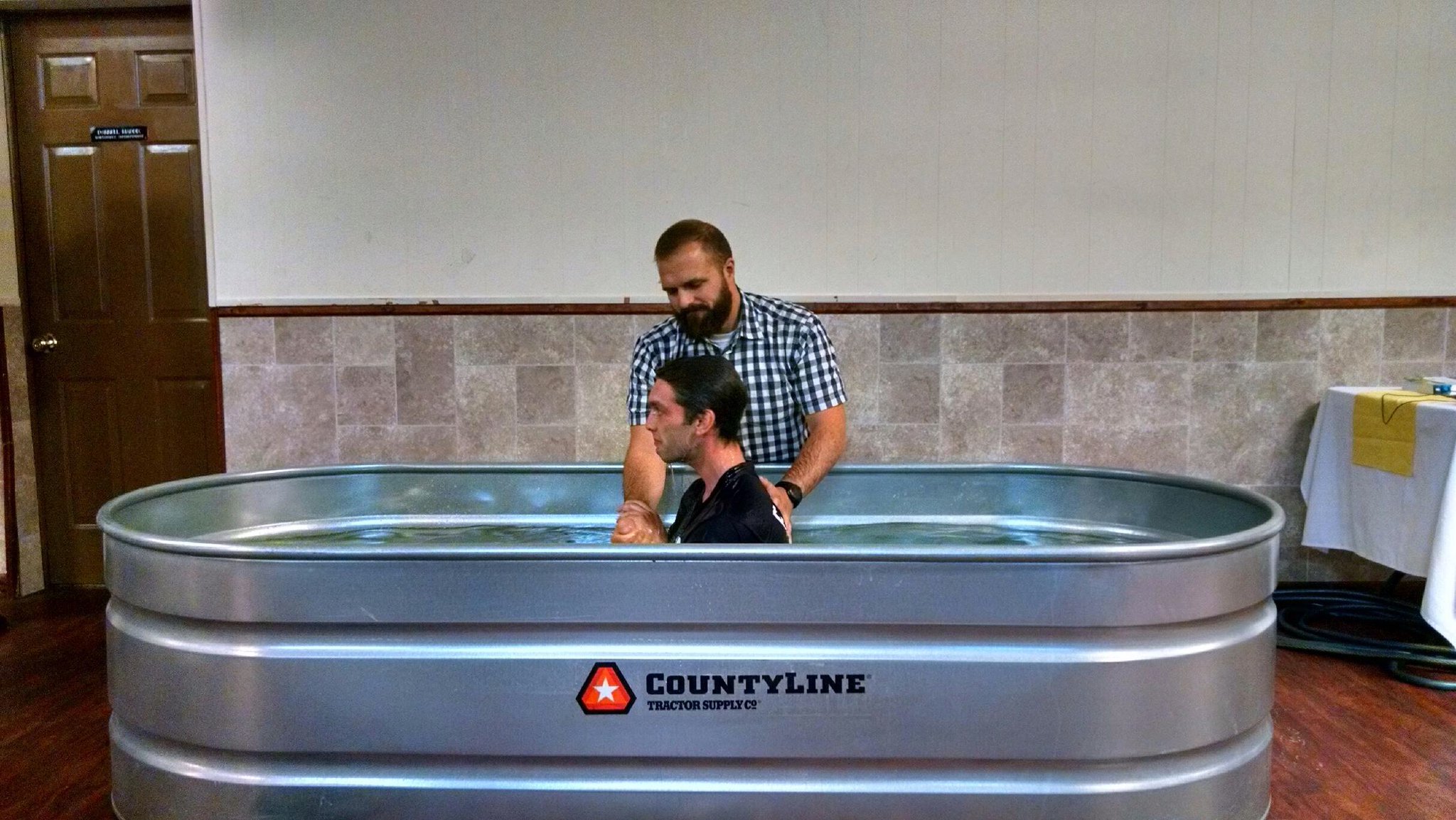 “God put you in your neighborhood on purpose,” Doran said. “You have to look at where God has placed you, think strategically, and make disciples on the frontier. To be a Christian is to make disciples.”

Dave’s passion continues to grow for the people in his own backyard of Lincoln Park. Every day, he looks at his community with a missions outlook to think wisely and creatively about the next way he can spread the gospel to his neighbors around Detroit – his Thessolonica.