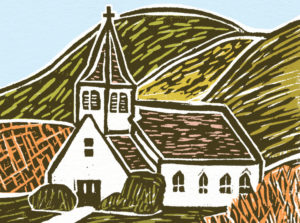 Though I am not a pastor, I want to stay current with the literature written for pastors. So when I heard that this book won both the 2020 Christianity Today award for church and pastoral leadership and the 2019 Gospel Coalition ministry book of the year award, I determined I needed to read it.

I will start with the good and then move to my central point of concern.

Much of the appeal of this book is its author. Senkbeil is a veteran pastor with much advice to give to the next generation. He peppers the book with personal anecdotes as well as stories from his childhood on the farm. These add a nice breather in the midst of heavy exhortation.

For me the most refreshing aspect of the book was Senkbeil’s passion, which comes through from the first page to the last. He takes pastoring seriously and believes is central task is the care of souls. Accordingly, he wants to recover a historic view of the pastorate. To this end, he seeks to show that the care of souls is the central task of pastoring, for, in his words, “The premise of this book is that action flows from being; identity defines activity. Thus a clearer vision of what the pastoral ministry is will lead to a clearer understanding of what a pastor does day by day.”[1]

There is much wisdom to be gleaned from these pages. I will only mention those that had a significant impact on me. First, Senkbeil intentionally works against modern approaches to pastoring, ones where the pastor is seen as the CEO or business leader. He argues that in our current climate, “the classical model of pastoral care becomes contemporary and cutting edge.”

Indeed, I couldn’t help but think of Richard Baxter, the consummate Puritan pastor, as I read this book. One quote will help you get a sense of Senkbeil’s approach: “We can jump in and go with the flow, morphing our approaches to conform to that river as it rolls steadily onward. Or we can stand on solid ground to bring something to people caught in all the flotsam and jetsam. If we jump in and go with the flow we’ll constantly be recalibrating and reconfiguring our approaches—and inevitably the relentless tug of the current will begin to shape what we say and do.”[2]

Second, Senkbeil argued that a pastor needs a pastor. He says that seeking the shepherding of someone else is not a sign of weakness, but rather “shows you respect the office that you yourself hold.” Later he adds, “I doubt that you would go to a dentist whose teeth are falling out or a barber whose hair is a mess.” Within some ecclesiastical systems there is a structure that necessitates such relationships, but within the independent circles I am a part of, it seems that pastors have to seek this out. Senkbeil makes a good case for this being the norm.

Third, Senkbeil speaks of the spiritual battle occurring within the church. One element of this is personal conflict among believers. As any pastor knows, there will be difficult sheep. Senkbeil notes that no matter what the situation, the pastor must remember that the real enemy is not the sheep. He suggests that when personal conflicts arise, a pastor should remind the congregant that they are in the same army and that the Devil succeeds when godly men fight. Senkbeil wisely adds, “If there’s to be a fight in your church, make sure it’s a good one. Fight the good fight, not the bad fight. A bad fight is with your parishioners or among them. The good fight is against the devil and his minions, not against human flesh and blood.”[3]

Fourth, I was reminded by this book that we have a real enemy. Too often I fail to think of Satan as a personal being who is fighting a battle. Senkbeil reminded me that “Satan doesn’t fight fair and square. He doesn’t always attack you directly, sometimes he targets those you love instead: your family and your closest friends. But by any means possible, the devil and his minions strive to drive a wedge between you and your Lord.”[4] These words remind me that we must pray for our pastors.

More could be said about the wisdom shared in the book, but I should also mention some aspects of concern. One concern is the emphasis on the ordinances of Baptism and the Lord’s Supper. As a Lutheran, Senkbeil affords more to these than I find biblically justifiable. But it is when this is combined with Senkbeil’s view of the pastor as the one who forgives sin that my deepest concerns are found.

For Senkbeil, the pastor absolves the sin of his sheep.[5] He says explicitly, “When you as the called and ordained servant of Christ and by his authority forgive sins in the name of the Father, Son, and Spirit, those sins are actually forgiven before God in heaven. That’s the power of God’s word for you.”[6] He gives an example of this in the case of a man whose son had committed suicide. Feeling some guilt over his own failings which may have led to this tragic event, the man approached Senkbeil, who gave him pastoral care. Here is Senkbeil’s summary of what happened that evening: “There that night Dan heard with his own ears not just me, but the Savior who commissioned me to forgive all sins in his name and stead. By my earthly absolution Dan stood forgiven before God himself in heaven.”[7]

In conclusion, I think pastors of all persuasions may find help in this book. Nevertheless, Senkbeil’s view of the pastorate is deeply fashioned by his view that the pastor offers absolution of sins. Indeed, one wonders whether Senkbeil would be as passionate about the craft without a theology in which the pastor mediates forgiveness. For my part, I think one should be just as passionate on the grounds that we proclaim the Word of God which offers forgiveness. All books require discernment, tossing out the bad while maintaining the good. Usually, however, my disagreements are on the fringe matters of the content of the book. Here, however, I think Senkbeil and I fundamentally disagree on a core matter—what is the pastoral task. Such a conclusion reminds me that theology still matters, for our differing interpretations of the pastoral task ultimately relate to our differing understandings of the ordinances and what power God has invested in the leaders of His church.

[5] A connected, though distinct, concern is with his belief that the pastor has the ability to pronounce a blessing which “enacts God’s word upon [a] person.” 2019.