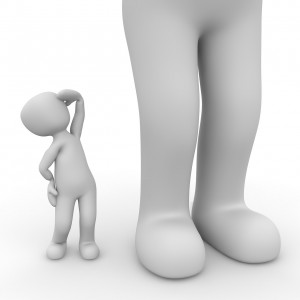 Even after we have seen God work in clear and powerful ways, why do we find it so hard to trust Him the next time? Trusting in God seems so easy on paper. Yet when trials come, we are quick to seek our own way, and in doing so, we start down a dangerous path. In Numbers 13, Moses records a surprising story of the faithlessness of the ten spies.

Moses gave the spies a task. They were to go into Canaan to evaluate the strength of the military and the quality of the agriculture (vv. 17-20). After their forty day exploration, their initial response was good: “The land is prosperous just as you said…” (vv. 25-27). But ten of the spies saw a huge obstacle to obtaining the land; the men were too strong, the cities were too large and too fortified for them to conquer (vv. 28-29). The other two spies tried to persuade them that God was more powerful than their enemies, but the ten spies would not be convinced (vv. 31-33).

What more did Israel need from God to respond with faith and obedience? How could Israel have so much clear revelation and still fail so miserably? How could two groups of people see the exact same obstacles and come away with two completely different perspectives? The ten spies saw the military obstacle and responded with unbelief, while the two spies saw the same and responded with faith.

In Numbers 13 there is an inverse relationship between the size of their God and the size of their problem. Because the ten spies (and later the congregation of Israel, cf. Num 14) saw God as small, their problem (a strong military) was too big for them to handle. In contrast, the two spies saw God as big, yet they saw their obstacle as small. They believed that the armies of Canaan could be conquered by their big God (cf. 14:8-9). The point is that if we see God for who He is—a big God who can accomplish anything, and who will accomplish everything that He has promised—and if our eyes are full of faith, then our problems will be small.

The wandering Israelites were not the only ones to see God as small. Sarah laughed when God promised that she would have a son in her old age. God’s response, “Is anything too hard for the Lord?” (Gen 18:14). The disciples saw Jesus as small when they got into the boat with Him and forgot to bring enough bread for the 13 of them. Jesus’ response was, “Don’t you remember the twelve baskets and the seven baskets when I fed 5,000 and 4,000? Do you still not believe?” (cf. Mark 8:14-17).

Do you see? We need what Israel and Sarah and the disciples needed: we need faith. We need to take God at His Word. We need to follow the examples of believers who saw God as big. We need to learn from people like Joshua, who took the promise of God and applied it to his little army of men as they were about to conquer fortified Jericho (Josh 1:5-11). We need to learn from Jonathan, who believed in a big God even in the face of a huge army of Philistine enemies, “The Lord is able to save by many or by few” (1 Sam 14:6).

If we cannot be confident in God’s power, presence, promise, and provision in the face of an overwhelming obstacle, then the problem is not with God. The problem is that our view of God is distorted: we see God as small and unable. But if we see God with eyes full of faith, the size of the obstacle does not matter, because when our problems are big, our God is bigger.

Later this week, I will draw out two principles from this truth.