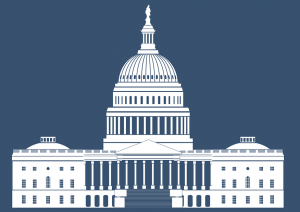 OK, so I told myself I was done talking about Christians and voting. But the events of the last week got to me. Not the Billy Bush video, but the evangelical reaction to it. Please don’t get me wrong—the video was awful and disgusting and demeaning and odious and everything else. But it changed nothing for me. Not least because I anticipated it (I mean, c’mon—somebody out there was seriously surprised by this? Really?), but mostly because the persistent Neo-Kuyperian doctrine that demands we may vote only for a “good” or “Christian” person is just plain wrong.

Being in the world but not of it means that all of the Christian’s existence is not an act of social transformation, but a paradox. Our civil sphere, over which God rules absolutely, is moving forward in perfect consonance with his eternal decree even though it is largely run by graceless derelicts, malefactors, and blasphemers. Most Christians learn to navigate this paradox in the basic issues of life pretty well: I choose to buy gas at certain stations because they are convenient and have low prices and high-volume pumps. I pick one checkout lane in the grocery store over another based on my statistical assessment of factors that suggest which cashier will get me out the door most quickly. I choose doctors based on their credentials and experience. Same with the backhoe operator I hired to install footers for my new garage, the guy I called to pump out the septic tank, and the salesperson from which I bought my last pair of hiking boots.

I don’t question (much less endorse!) the moral character of these people—it simply doesn’t come up and my conscience does not suffer in the least. I elect them (and sometimes even recommend them to others) based on the measure of common grace that they possess relative to the task I am electing them to perform.

But somehow, it seems, voting for a high-profile politician is different. Here I apparently can’t endorse a candidate unless I can also endorse him/her as a person—he/she is good, or even better, a particularly warm and gracious Christiany kind of good. Now this would be important if the candidate was running for pastor-in-chief. But that’s not the office under consideration. What I need to know is which is most likely to uphold the rule of law, punishing lawbreakers and praising law-keepers (Rom 13:4; 1 Pet 2:14), and which is more likely to be the kind of “king” who facilitates “peaceful and quiet lives” where “godliness,” “holiness,” and a robust gospel witness can flourish (1 Tim 2:2ff). That’s it.

At the end of the day, the decision (especially this year) is still not an easy one. That’s the paradox. No one is good. Still, objectively speaking, one of the credible options will rule God’s civil sphere better than the other(s). And so we vote for that person as well as our feeble analysis of the pertinent facts allows, irrespective of who is the better human.

A vote is not a referendum on a candidate’s moral character, an expression of ambivalence to a candidate’s vices, nor a participation in the candidate’s sin. Neither is it a pragmatic exercise in doing wrong in order that that right may prevail. It’s a simple statement that, among the credible options, one candidate is the most likely to rule the best.