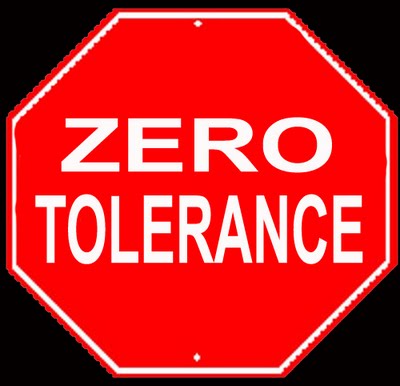 There have been two subtle but significant developments in our society in recent years in our response to people and ideas. The first is a growing inability to distinguish between ideas and the people who espouse them. Rather, debates about the merits of a particular position in public discussion quickly moves to discussions of the persons who espouse those positions. One potential reason is the growing confusion, aided by public education, about objective facts. If there are no objective truths, then ideas are not truly distinct from persons but are instead vitally connected to the person or community that holds to a position—that is what subjective truths are.

The second development concerns how we react to ideas/persons. Some ideas/persons are viewed as valuable and praiseworthy. We want to celebrate these ideas/persons, setting them forth as models for others to embrace. Other ideas/persons are recognized as being different from a position we might hold but are still seen as good positions. We may not celebrate or promote them, but we can certainly affirm the person/idea. It’s not for you, but it’s still good. But what if we encounter a bad idea/person? Our response in these situations is to reject them. We point out that there is no place in a modern society—in this day and age—for people/ideas like that. We shake our heads in disdain. “How could someone still think that?” “Shocked that this could still happen today.” We don’t want to allow these wrong ideas/people in society. This new development means that if you hold a position deemed wrong by society, people now work to exclude you from society.

Perhaps you might notice that a reaction that has historically marked Western society is missing from the previous paragraph: tolerance. People still talk about tolerance, but their understanding of tolerance is indistinguishable from the response of affirmation mentioned earlier. Today, tolerance means to accept or approve different opinions.

Historically, though, tolerance included disapproving something. In fact, the very term implied that something was disagreeable or abhorrent. (E.g., if I invited you to an opera and you replied “I guess I could tolerate it,” I wouldn’t conclude that you would enjoy it.) If you didn’t think an idea was wrong you couldn’t tolerate it. Tolerance meant you disagreed—even strongly—with something but you would not use coercion to suppress the idea or the person who held the idea. Though you may find the idea completely foolish, you think a healthy society must not stamp out all ideas you believe to be wrong. As the saying often (improperly) attributed to Voltaire goes: “I disapprove of what you say, but I will defend to the death your right to say it.”

But today we no longer seem to have the option to agree to disagree—we either have to agree or reject. People can’t be wrong, unless they are so wrong they must be rejected. What are some of the negative consequences of this approach?

No Basis for Evaluating Ideas. Even under the historic understanding of tolerance there were limitations to what might be tolerated. Some ideas should be rejected, or at least never promoted or acted upon (e.g., genocide). But how do we decide which ideas should be rejected? Since our society largely rejects objective truth, what is the standard for determining whether an idea is acceptable or not? Currently, it seems that popular opinion has become the standard. Once an idea is no longer held by the majority, it should no longer be allowed in society (and woe to those who do not change their stance quickly enough!)

Another potential candidate for evaluation seems to be people’s feelings. Positions are considered wrong if they offend someone. It doesn’t matter whether or not something is true (because how could anything be true), it only matters whether or not it bothers someone (except, of course, WASPs. Since they already enjoy the privilege of a favored status it is no problem to offend them).

Condemns People Rather than Ideas. When we are able to distinguish ideas from people we can reject ideas without rejecting the person. For example, two people might disagree about whether or not the minimum wage should be raised without claiming the other either hates the poor or wants to promote sloth. But today disagreements quickly move from evaluation of ideas to labels of the opponent. People who disagree on an issue are now labeled as bigots, intolerant, narrow-minded, judgmental, etc. Now the merits of particular positions can be conveniently ignored since the person who espouses the view is seen as unloving.

Trivializes Everything. This new approach trivializes issues in one of two ways. We could add a fourth category to the responses of celebration, affirmation, and rejection—indifference. It’s ok to be wrong on a position that doesn’t matter. So, while you might think that cats are better than dogs, it doesn’t really matter. I don’t care that you are wrong since it’s not an important issue. Thus, in order for differing opinions to be allowed in this society, the opinion must be about insignificant matters.

But if there is no objective truth, does anything really matter? That’s why I can affirm your position if it is different from mine. I don’t have to see it as wrong, because nothing is wrong. Which means nothing is right. Which means nothing should really matter. (As a side note, perhaps one of the reasons people are so virulent in their rejection of “wrong” ideas/people is they are trying to convince themselves that something matters, even though their worldview does not allow anything to matter).

Harms Every Position. Because contrary opinions are so quickly stamped out in our society, people are dissuaded from offering an idea or an opinion that might not fit with the current status quo. In On Liberty, John Stuart Mill points to a significant benefit of tolerance (and conversely, the significant danger of suppressing contrary opinions).

The peculiar evil of silencing the expression of an opinion, is that it is robbing the human race; posterity as well as the existing generation; those who dissent from the opinion, still more than those who hold it. If the opinion is right, they are deprived of the opportunity of exchanging error for truth: if wrong, they lose, what is almost as great a benefit, the clearer perception and livelier impression of truth, produced by its collision with error.

It Promotes Intolerance. Since we have lost the ability to believe people should be allowed to be wrong, we no longer have a real category for tolerance. That means that those who are wrong are threats to society and should be punished. Unfortunately, we don’t need government to enact that punishment. We now have social media mobs that can destroy people who transgress the court of popular opinion. We have become skilled at stamping out diverse opinions in the name of diversity.

Leads to Totalitarianism. Since there is no objective standard to evaluate things, those with power are able to set the standards. The position with the most backing gets to stomp out the other positions. Unfortunately, that rarely stops with the positions with which you currently disagree. As George Orwell said in his proposed preface to Animal Farm: “If you encourage totalitarian methods, the time may come when they will be used against you instead of for you. Make a habit of imprisoning Fascists without trial, and perhaps the process won’t stop at Fascists.”  Or make a habit of destroying those who are “wrong” and perhaps the process won’t stop with those who are currently considered “wrong.”