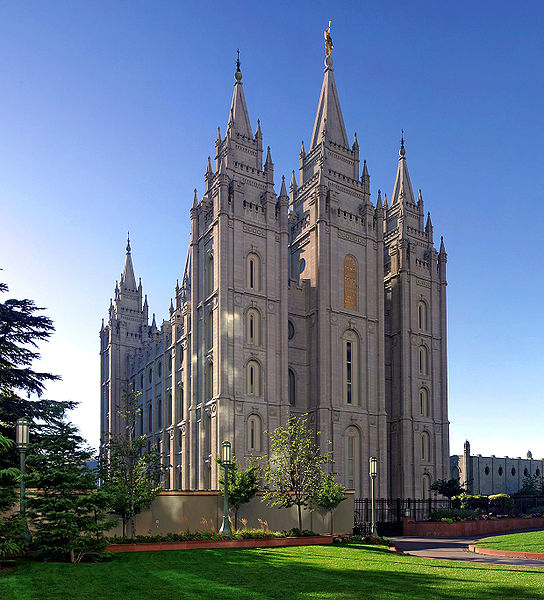 It might seem as though traditional Christians are the only people who are being challenged by the sexual revolution occurring in the West. But other religious traditions are being forced to address this shift as well. A recent article highlights the experience of three Mormons who “discover” they are transgender but want to remain in the LDS church.

Traditionally the LDS church has opposed a transgender position—excommunicating those who choose to have sex reassignment surgery and arguing that gender is eternal. However, the LDS church is now having to deal with the growing emphasis and acceptance of transgender in the broader culture.

The Mormon church will be forced to address this matter because of the emphasis they place on marriage and families. The Mormon church teaches that people can have eternal families—if they are married in the temple—and then have their children sealed to them for eternity. Also, faithful Mormons can continue to progress after death in the celestial kingdom and eventually attain godhood. Once they attain godhood, they can then have spiritual children that will populate their own planet (just like they believe Heavenly Father did—he was once a man who progressed to godhood and populated earth with his spirit children). So Mormons will need to consider whether or not transgender people can get eternally married and continue to work towards this goal.

But the Mormon church may not have the tools at its disposal to maintain their traditional position. Two aspects of Mormon belief are utilized by these transgender Mormons mentioned in the article to support their belief that they can be transgender and remain Mormon. The first is the emphasis on personal experience and ongoing revelation. Mormons often point to a “burning” they experience as they read the Book of Mormon that lets them know it is true. Utilizing the same test of spiritual experience Grace Moore discovered that Heavenly Father approved of “his” being a boy even though “his” body was female:

That night, Grace Moore knelt in prayer, asking God, “Am I your son?” He says he got a powerful spiritual affirmation that he was, indeed, a boy and that “it was going to be OK.”

Another key Mormon doctrine is the pre-existence of human souls. Mormons teach that each person was a spirit child in heaven who was then sent to earth to inhabit a body and “progress.” But Sara Jade Woodhouse thinks it is possible for one of these eternal souls to end up in the wrong body:

“Since nature may surprise us and not follow that formula—we know that some people are born with ambiguous genitalia or with both—it is absolutely possible for a perfect feminine soul to end up in a male body and vice versa.”

How will Mormons respond to the pressure that this sexual revolution is bringing against them? Twice in the past the church has responded to cultural pressure by receiving new revelation from God that wiped out previous revelation. When Utah was trying to attain statehood in 1890, the LDS leaders discovered that God no longer sanctioned polygamy. The LDS church also received revelation in 1978 that those of African descent were no longer to be denied entry to priesthood and to the temple. When you recognize the history of the Mormon church receiving new revelation from their god, Heavenly Father, in order to survive within a given culture, it should not be surprising to find the LDS church announcing in the not too distant future a new commandment/revelation that accommodates the LGBTQ community.