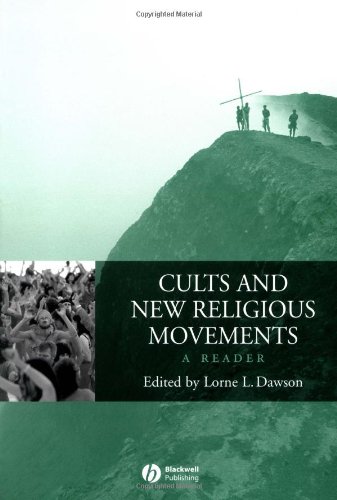 Most likely you’re familiar with the idea of cults, but you may be less familiar with the anti-cult movement. Though you may not realize it, your understanding of cults is likely influenced by the anti-cult movement. For as long as “cults” have existed, others have adopted the mission of discrediting and destroying cults, publishing exposés and alerting media to the dangers of these new religious movements. Many would consider this a noble task, since cults are viewed as a menace to society—they distort facts, employ bullying tactics, and refuse to allow dissent. However, those same characteristics often appear in the anti-cult movement.

In the opening chapter of Cults and New Religious Movements, Eileen Barker notes some of the characteristics of the anti-cult movement.

In some ways, the ACM [anti-cult movement] can be seen as a mirror image of the NRM [new religious movement]. Both tend to want a clear, unambiguous division between “us” and “them”; but while the NRM will select only good aspects, the ACM selects only bad aspects. Most ACM pronouncements tend to be about “destructive cults,” lumping all NRMs together as though they were a single entity, the sins of one being visited on all. Any evidence or argument that could complicate or disprove their negative construction (or reform that may be introduced) is more likely to be ignored or dismissed than denied….

As a matter of principle, anti-cultists are likely to refuse to have direct contact with the primary construction itself as a source of information. This is justified by the premise that cults are, almost by definition, bound to practice deception and are probably dangerous. Data for ACM stories tend, therefore, to be collected from anxious parents, disillusioned exmembers, and negative media reports. Often there is a circularity involved in that the anxious parents have been alerted to the negative aspects of their child’s movement by anti-cult “atrocity tales” (Shupe and Bromley 1980); the ex-members have been taught by deprogrammers or exit counselors to believe that they were brainwashed and that their whole experience is to be interpreted in negative terms (Lewis 1986; Solomon 1981; Wright 1987); and the media frequently get their stories from the ACM which then uses the fact that the story has appeared in print as proof that it has been independently verified. There have been cases where the media have included rebuttals to a story supplied to them by the ACM, which has then innocently asked why the question was raised in the first place, suggesting that there is no smoke without a fire—even when they themselves had kindled the fire.

What is saddening is that her description closely resembles many of the “watchdog” organizations in our day—including many supposed Christians. I’ve observed Christians employing these same tactics to discredit other Christian ministers or ministries they deem to be in error. Far too often, in our efforts to warn against abuse or condemn error, we fall into the same error. Many times, those who were once a part of the problem group adopt the same sinful mindset in now opposing it. Perhaps without realizing it, they have become what they are against.