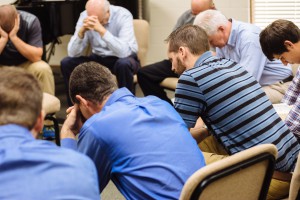 “I’m going to be gone soon. Don’t be sad. I’m not afraid of death…. Mother, we are all going to die someday. Don’t be discouraged by my death. Continue in your faith.”… After a final public condemnation meeting, the militiamen shot him by the roadside and dumped his body in a shallow hole in the ravine.

And so ended the life of another courageous Chinese Christian. The story, sadly, could be repeated many times over. The effect, however, wasn’t at all what the chairman, Mao Zedong, expected. He’d naively misjudged his opponent. Thus, when he died, the “superstitious” peasants he’d sought to rub out numbered 2.7 million strong (OW, 216). Thirty years later, they’d exceed 75 million. This is the “secret story” Liao Yiwu tells in his award-winning book God is Red. Liao, a Chinese dissident and one-time political prisoner, spent nearly a decade, mostly in China’s remote Yunnan province, interviewing Christians who lived through this desperate and bloody period. God is Red is their story, their collective memoir.

Liao’s exposé is, above all, a reminder for those of us in the West about what it has meant—and still means—to be a Christian in many parts of the world. It’s an antidote for those of us infected with habits of prayer that inevitably cast us as the main character and that allow our own experiences to establish the limits of the plot. It’s a booster shot against just this sort of insidious small-mindedness. The book, however, isn’t simply for the West. It’s about the West. It’s a subtle and inspirational tribute to the extraordinary efforts of a generation or two of European missionaries, brave men and women who left everything they held dear to plant a flag for the gospel deep within the heart of China (cf. here, quest. #3). This is, in fact, precisely where Liao’s narrative begins. It begins with a visit to a cemetery for Protestant missionaries buried in a forgotten village in China’s Yunnan province. Most of the headstones, Liao notes, no longer remain. Some have been stolen. Others were destroyed by Red Guards, who thought they could wipe out the memory of these “foreign imperialists” simply by desecrating their graves. Liao’s book itself shows the utter vanity of their plot, as do the more than 1 million Christians presently in Yunnan.

Liao’s account also raises a troubling idea. The book is slightly unsettling, in an unexpected sort of way. Liao includes a handful of conversion narratives that sound—I’m not sure how else to say it—rather shallow. One man, e.g., summarizes his experience this way: “I felt inspired by God and was baptized.” Another, a then-barren women, tells how she stumbled upon Isa 54:1, was moved by its apparent relevance to her life, and, therefore, decided to go to a local church and say a “commitment prayer.” Mercifully, not all were like this, but enough were that I was left discouraged. I’ll admit, I want every single one of those 75 million Christians presently in China to be genuine believers. I’m looking for a simple storyline: Christianity has exploded in China despite Mao’s efforts. Period. What am I to do with this other storyline, this apparently conflicting subplot? Thinking about all this immediately brought to mind a pointed question Philip Jenkins once asked in a similar setting: how can Christians who are willing to face suffering and death be shallow? Liao, moreover, admits he’s not a Christian. I do wonder, then, that if he had been and if his interests had included alleviating the sort of concerns I’m raising here, whether the vignettes would have been a trifle more theologically robust. Perhaps he’d have pressed his subjects and, thus, revealed testimonies that are, in fact, more distinctively Christian. Something else to probably consider, as well, is the relative scarcity of the Scriptures in China, particularly in the remote rural areas where Liao conducted most of his interviews (OW, 225). In any case, Liao’s sample size is much too small to draw any definitive conclusions.

God is Red offers us all a chance to remember the suffering and to exult in the triumph of the Chinese church. Right alongside of this, however, it simultaneously asks us, it begs us, to pray for these dear brothers and sisters. Together, let’s pray that they too may lead peaceful and quiet lives (1 Tim 2:2) and that God would strengthen their hearts so that, along with us, they’d be blameless and holy in his presence when Jesus comes (1 Thess 3:13).